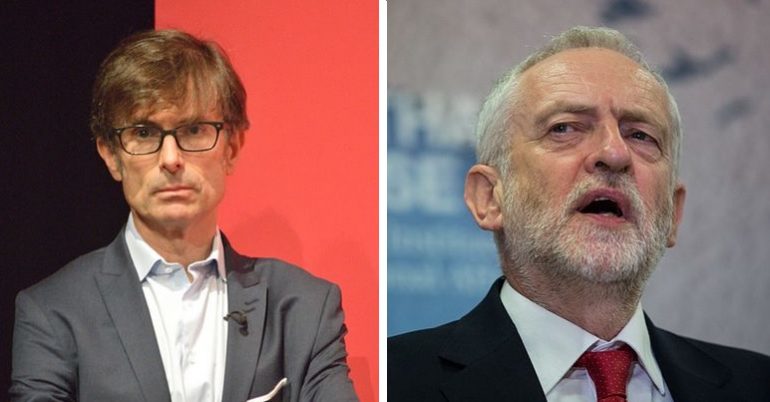 A British journalist totally schooled Robert Peston after his latest attack on Jeremy Corbyn. ITV‘s political editor tried to suggest that the Labour leader’s clarification about his party’s antisemitism code of conduct was “incendiary”. But, as Mehdi Hasan pointed out, anyone with even the slightest understanding of what Corbyn refers to “wouldn’t find any word” of it problematic.

The NEC has today adopted all of the IHRA examples of antisemitism, in addition to the IHRA definition which Labour adopted in 2016, alongside a statement which ensures this will not in any way undermine freedom of expression on Israel or the rights of Palestinians.

Corbyn offered his own clarification about antisemitism, racism and protecting freedom of expression on Israel and Palestine during the NEC session. Peston, however, appeared to take issue with one particular section of it:

This is the incendiary part of what ⁦@jeremycorbyn⁩ wanted the NEC to accept as clarification of IHRA on antisemitism – which he withdrew when clear he would be defeated pic.twitter.com/QhWDKbwZgb

So, according to Peston, Corbyn’s assertion that people should be allowed to hold Israel to the same standards and international laws as other countries is “incendiary”. Meanwhile, describing Israel, its laws or the circumstances of its foundation as racist is also “incendiary”, ITV‘s political editor suggests.

Unfortunately for Peston, Hasan swiftly pointed out the obvious:

Anyone with even a passing familiarity with the history of Israel, and the creation of Israel, wouldn't find any word of that "incendiary". https://t.co/k1PIQjfCzI

The journalist at the Intercept wasn’t alone in doing so either:

It’s a pretty anodyne statement that repeats what ought to be fairly bland truisms. That you call it ‘Incendiary’ reveals a lot more about your own antipathy towards Corbyn than anything else.

Sorry but explain how is this incendiary? As someone how has relatives in the West bank, Palestine this would have given them a voice. How can someone like yourself be so ignorant on the issue of Israel/Palestine?

There’s numerous evidence to back up the “truisms” included in Corbyn’s statement, including:

In short, Peston’s characterisation of Corbyn’s clarification as “incendiary” is baseless. It’s not incendiary to state the truth. But critics of the IHRA full definition of antisemitism have argued that it could be used to quash condemnation of Israel.

Peston’s attack on Corbyn over this will do nothing to quell fears that that’s exactly what its advocates were after all along.