We need to remedy the outright bullsh*t BBC Radio 4 just told listeners. Because it was dreadful. - Canary 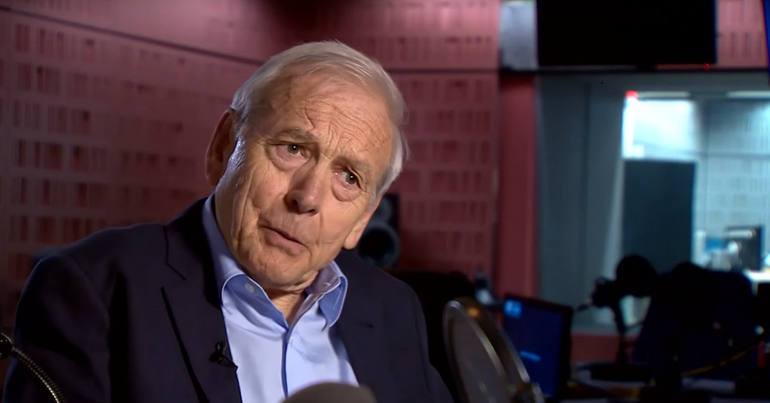 been accepted by almost every country in the world

The definition is a matter of crucial debate. Later the same day, Labour’s National Executive Committee (NEC) was voting on whether to adopt the IHRA definition with all its examples.

So Humphrys’ assertion paints Labour as isolated if the party doesn’t adopt the IHRA definition. In reality, the definition is not internationally accepted.

On 4th September, the NEC accepted the definition wholesale, with an accompanying statement that apparently protects freedom of speech.

Aside from how accepted it is, many people have argued that the definition is dangerous. 24 Palestinian organisations, trade unions and networks in the UK have said:

Examples, particularly “claiming that the existence of a State of Israel is a racist endeavour”, are ripe for being used as a weapon to smear critics.

The IHRA has 31 member countries. They agreed on the definition but only in their capacity as members of the IHRA.

Even if you were to include those member countries, that’s only one sixth of global nations. Hardly “almost every country in the world”, as Humphrys tells thousands of listeners.

And of those 31 countries, only 26% even recognise Palestine as a state. The lack of Palestinian representation on the IHRA seems to be why the definition was waved through.

These countries also don’t reflect the views of most of the world when it comes to the Israeli occupation. 71% of UN countries recognise Palestine.

On social media, people aren’t pleased with the BBC:

Humphrys is either a liar or just ignorant to say the IHRA definition of anti-Semitism has been adopted by almost every country in the world when it has been adopted by a minority of countries. You just can't believe anything put out by #bbcnews we deserve better! #r4today

You'd never know from the BBC and other broadcasters that the man who originally drafted the IHRA working document on anti-semitism is deeply unhappy with the way it's now being misrepresented and used for party political purposes. #r4today #bbcnews

Kenneth Stern was a lead EUMC author of the working definition in 2005. He has fiercely criticised what the definition has become, saying that he never intended:

Such inaccurate statements going out on the BBC are increasing pressure on Labour over the ‘antisemitism crisis’. While there are genuine incidents of antisemitism in Labour and across society, the recent claims are predominantly a smear campaign. We must fight this onslaught tooth and nail.

–Complain to the BBC.