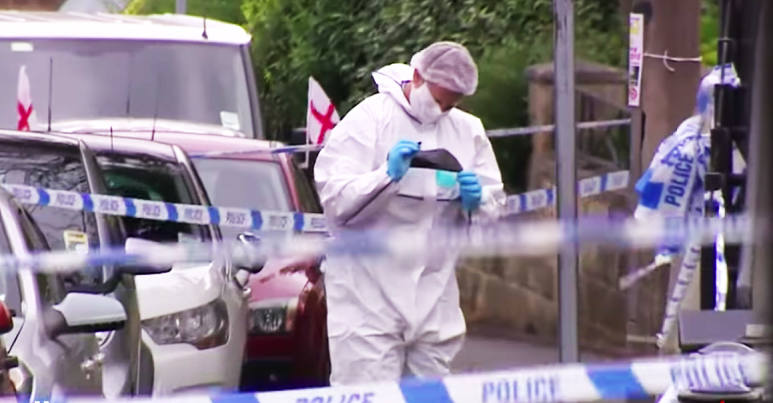 The number of white people arrested under British terrorism laws is higher than any other ethnic group for the first time in over a decade, according to a Home Office report.

Between the year starting June 2017 and June 2018, people identified by the arresting officer as ‘white’ made up 38% of terrorism-related arrests in the UK.

In comparison, those arrested of “Asian ethnic appearance” made up 37% of the total numbers, down seven points from last year.

It’s the first time since 2005 that security services arrested more white people on terrorism charges than any other ethnic group.

This is in spite of the fact that, according to the organisation CAGE, security services have disproportionately targeted people from ethnic minorities. This is taking place in the context of revamped counter-terrorism laws and the Prevent strategy.

Apparently, this year has seen the second highest number of arrests of white people since the government started collecting such data in 2001.

Drop across the board

The fall is partly due to a relatively large number of arrests being made following terrorist attacks in London and Manchester last year.

But a police report has stated that this should not lull the public into a false sense of security.

According to the Metropolitan Police notice:

This can largely be explained by the spike in arrests following the five terror attacks during the previous reporting year, and should not be mistaken for a reduction in the threat or police activity in the Counter Terrorism sphere.

In fact, the number of active investigations being carried out by CT Policing and the Security Services has reached its highest ever level, with the figure currently standing at more than 650 live investigations into the most dangerous individuals.

Demands upon [Counter Terrorism] Policing have increased by about a third since the start of 2017.

The report also released figures related to those in custody on terrorism charges.

Persons labelled as having extreme Islamist ideologies make up the bulk of those in custody, currently at 82%. But far-right extremists now stand at 13%.

The number of Islamist extremist prisoners saw a slight decrease for the first time to 178 in custody.

It adds that the number of prisoners with far-right ideologies currently held by security services has jumped since 2015, with last year’s figures almost tripling:

The proportion of prisoners holding far-right ideologies has increased steadily over the past three years, with the number up from 10 to 28 in the latest year.

For the first time we have a home-grown proscribed white supremacist, neo-Nazi terror group, which seeks to plan attacks and build international networks.

He added that it was:

important we make these figures public in order to illustrate the growth of right-wing extremism.