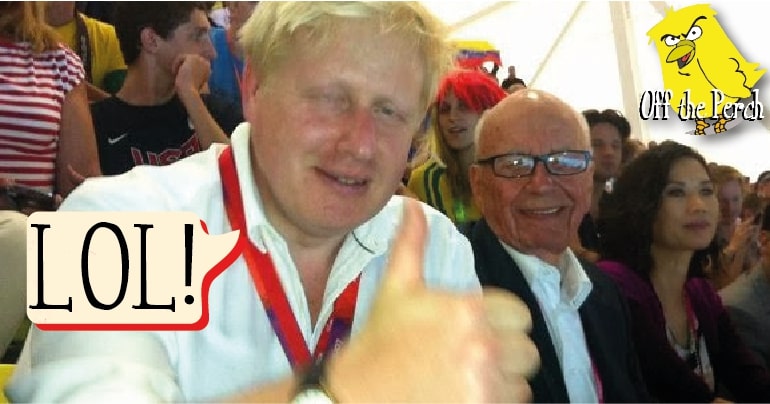 Speaking about May’s Chequers plan, Boris Johnson has claimed that:

for the first time since 1066, our leaders were deliberately acquiescing in foreign rule.

Overlooking the glaring historical inaccuracies, there’s an even bigger problem here. Namely that our leaders – Johnson included – have been acquiescing to Rupert Murdoch for decades.

Johnson was forgetting the UK has acquiesced to foreign rule by several foreign powers since 1066. These powers have included:

The British are such good acquiescers that many of us are currently courting Donald Trump for a trade deal – a man who promised to crush anyone with whom he conducts trade.

Despite stiff competition from Adam Sandler, the most malign foreign influence on the UK in recent years has been Rupert Murdoch. In the past few decades he’s:

As spineless as those leaders were, they look like political giraffes in comparison to the slug that is Boris Johnson. In other words, it’s unlikely he’ll stand up to Britain’s actual threats.