The Tories have a huge gift for UK broadcasters, but only if they toe the government line - Canary 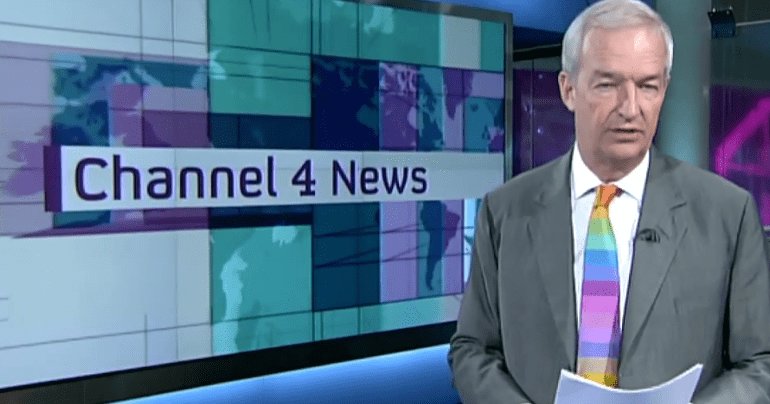 Conservative culture secretary Jeremy Wright is offering Channel 4 and other broadcasters significant “support”. But this seems to be in return for them toeing the government line on foreign policy. Wright is calling on broadcasters to battle what he calls “disinformation”, such as counter-narratives on the Russian spy story, “in exchange” for a preservation of their market dominance.

Channel 4, the BBC and ITV are facing greater competition in the age of the internet. And the rise of smart TVs and app-based channel selecting is making that threat worse. The number of people watching YouTube from their television sets, for example, is growing 45% every year. These broadcasters, along with Channel 5, are pushing for legislation to protect their prominence on new channel interfaces.

Now it looks like the government may be using this unease to influence how channels report foreign policy stories.

At the Royal Television Society conference on 18 September, the culture secretary will accuse Russia of “a blatant disinformation campaign with misleading procedural questions and over 40 different official narratives – all false”.

High quality journalism is the best possible weapon in our battle against disinformation, so the sustainability of our media is something that should concern us all.

I want to see them doing more to reach a diverse and younger audience, exploring innovative ways to reach the public and providing opportunities for under-represented groups both on and off screen.

In exchange, the Government is committed to supporting the Public Service Broadcasters to ensure they continue to thrive, and stay prominent, as part of a healthy, sustainable and dynamic media landscape.

Author of BBC: Myth of a Public Service, Tom Mills, says the BBC has “always been kept under some degree of political control” by the government. For example, the government sets the BBC licence fee rate, which gives it control over the broadcaster’s financial health. Upon entering office in 2010, David Cameron froze BBC funding for six years. While Cameron praised the cuts as “delicious”, Ivan Lewis, Labour’s shadow culture secretary at the time, said:

With the cuts in place, then-director-general Mark Thompson was photographed visiting Downing Street. He was carrying a memo about how the BBC could frame the government’s austerity agenda. That sparked a furious debate over the broadcaster’s ‘impartiality’.

In 2018, the BBC is still operating under the funding squeeze.

The government is no stranger to leaning on the BBC to influence its reporting. Citizens must be wary of the government doing the same to Channel 4 and other broadcasters. A free and diverse media is the bedrock of a meaningful democracy.

The Canary contacted Channel 4 and the BBC for comment.