Greater Manchester has lost over 5,000 council homes in six years due to one government policy - The Canary 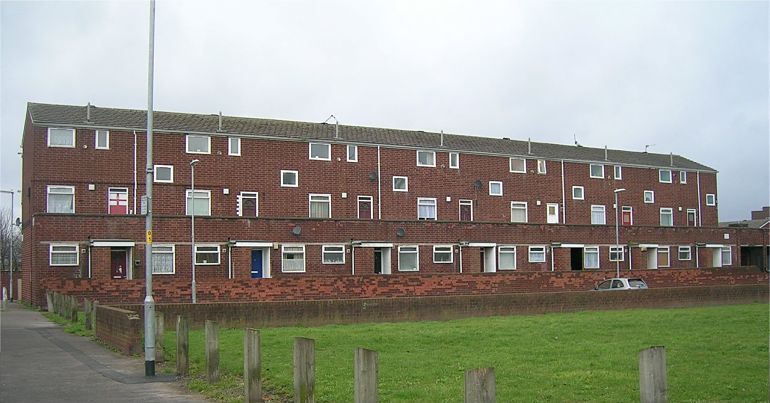 Greater Manchester has lost over 5,000 council homes in the last six years due to the government’s continuation with the controversial ‘Right to Buy’ policy.

The Manchester Evening News reported on findings by Greater Manchester’s housing commission. The figures revealed that:

This is despite the government:

promising ‘one for one’ replacements for any home sold off over the last five years.

The government instructs councils to send a large amount of the money generated by sales back to the Treasury. It also reformed ‘Right to Buy’ in 2012, greatly increasing the discounts available to tenants.

Salford Mayor Paul Dennett commissioned the report and was scathing of the government’s role in this crisis:

The imposition of higher discounts on Right to Buy properties following the reinvigorated scheme in 2012 mean that in lower value areas, such as some parts of Greater Manchester, a discount of up to £78,000 leaves our local authorities with very little leftover in sales income.

He concluded that the system is “failing” and called on the government to scrap ‘Right to Buy’.

There are 85,000 names on the waiting list for social housing in Greater Manchester. And rough sleeping in the region has increased by seven times since the Conservatives came to power in 2010.

When the government “revamped” ‘Right to Buy’ in 2012, the then-housing minister Grant Shapps declared:

every extra Right to Buy home sold will be replaced by a new affordable home to rent nationally.

The government also said that councils would have:

the opportunity to keep receipts from additional Right to Buy sales and the freedom to spend the cash as they see fit to meet local housing demand.

But the shocking loss of social housing in Greater Manchester shows that the government has failed to live up to these promises. Instead councils in England are selling five times more homes now than in 2012. And social housing levels are at a record low.

Furthermore, analysis by The Canary has shown that, despite the government committing to building more homes:

If the government continues to sell off social homes at the same rate … England’s social housing stock will still be worse off.

Greater Manchester has the worst homelessness problem outside of London. The only remedy is creating more genuinely affordable housing. Yet the government’s continued commitment to ‘Right to Buy’ is decimating the region’s housing stock.