Nearly £20k is raised in a 'Crowdfunder for Katie Hopkins'. But she's going to freak at the small print. - The Canary 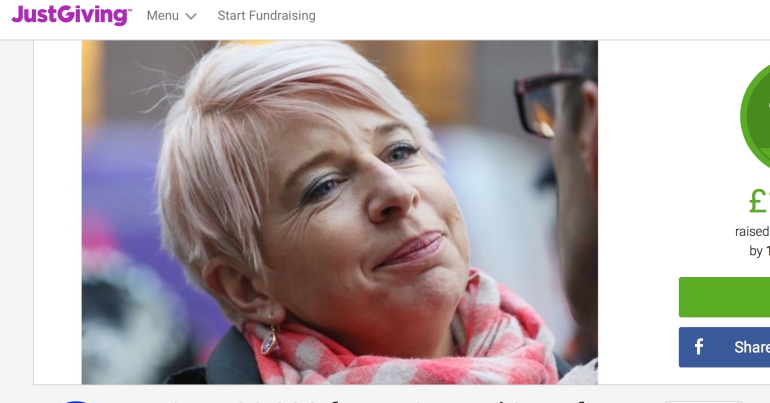 Katie Hopkins has applied for insolvency following her defeat in a libel case brought by the food writer Jack Monroe. But Simon Harris from the satirical website Southend News Network is taking pity on her and is crowdfunding to meet her costs.

Except Hopkins is going to freak when she reads the small print. All the money raised is going to the Trussell Trust to support its network of food banks. And at the time of writing, it’s already raised £19,437.

Monroe brought the libel case after Hopkins confused Monroe with writer Laurie Penny over graffiti written on a war memorial during an anti-austerity protest. Hopkins tweeted to Monroe:

Scrawled on any memorials recently? Vandalised the memory of those who fought for your freedom. Grandma got any more medals?

Monroe asked Hopkins to apologise. Instead, she tweeted:

Can someone explain to me – in 10 words or less – the difference between irritant @PennyRed and social anthrax @MsJackMonroe.

Monroe argued that the tweets had caused damage to their reputation and provoked abuse on Twitter, including death threats, and that the whole case was:

On hearing the news, the Southend News Network revived a Just Giving page it set up when Hopkins originally lost the case. It states:

Nobody wants to see someone of Katie’s stature and good standing in financial dire straights, so we are trying to raise £100,000 to help get her back on her feet.

But just in case anyone was in any doubt, it clarified where the money is actually going:

LEGAL BIT: We’re actually going to give the money to The Trussell Trust – a FANTASTIC cause who help to provide foodbanks all over the UK. Because irony … REMEMBER TO GIFT AID!!!!

As the Southend News Network points out, food banks have felt the “wrath of her tw*ttery in recent years”. In 2013, Hopkins tweeted:

Numbers using food banks triple in a year. People hand back food they have to cook. Remarkable. The luxury of free food & choice to be fussy

Foodbank users are like terminal cancer patients. And Labour are loving it http://t.co/cX8WGaWenN

The only thing people in debt have in common other than bad money management, is an ability to blame anyone but themselves.

Karma has finally come knocking for Hopkins and it’s beautiful.