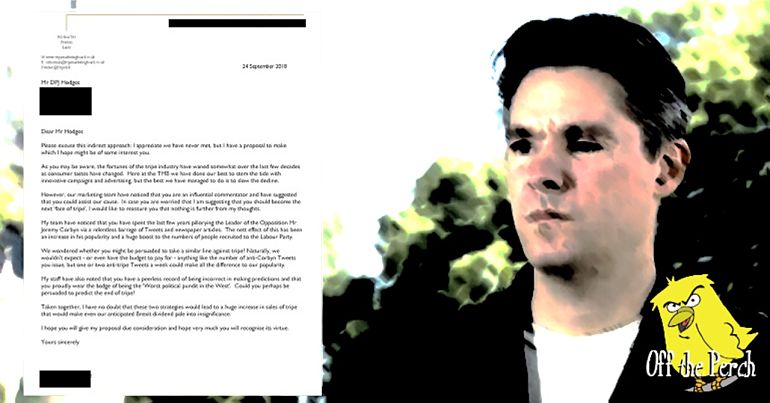 Daily Mail columnist and Jeremy Corbyn anti-fanboy Dan Hodges has found himself at the centre of a storm on social media. The scandal surrounds the ‘leaking’ of a letter to him from a prominent organisation. But the content is so controversial that the chair of the organisation has launched an investigation into how the leak happened.

The Tripe Marketing Board (TMB) claims to be the UK’s leading promoter of all things offal. It says its aims are to:

raise the profile of tripe to the pre-eminent position it held back in the days when Britain was truly great and you could feed a family of six on a nourishing dish of tripe for less than a halfpenny.

But recently the TMB has moved away from promoting the finest offal money can buy. Because the ‘hard left’ has seemingly infiltrated it. The TMB has now wedded itself to the ‘Corbynite cult’ within the Labour Party. But this anti-establishment zeal came to a head on Monday 24 September. Because Twitter user Adrian Littlejohn tweeted an allegedly ‘leaked’ letter from the TMB to Hodges. And it appears to make the outrageous accusation that Hodges’ attacks on Corbyn are somehow incompetent.

Off The Perch has verified the authenticity of the letter. But some on social media are implying that it’s actually satire and the TMB doesn’t exist.

My team have noticed that you have spent the last few years pillorying… Corbyn via a relentless barrage of Tweets and newspaper articles. The nett [sic] effect of this has been an increase in his popularity and a huge boost to the numbers of people recruited to the Labour Party.

We wondered if you might be persuaded to take a similar line against tripe? 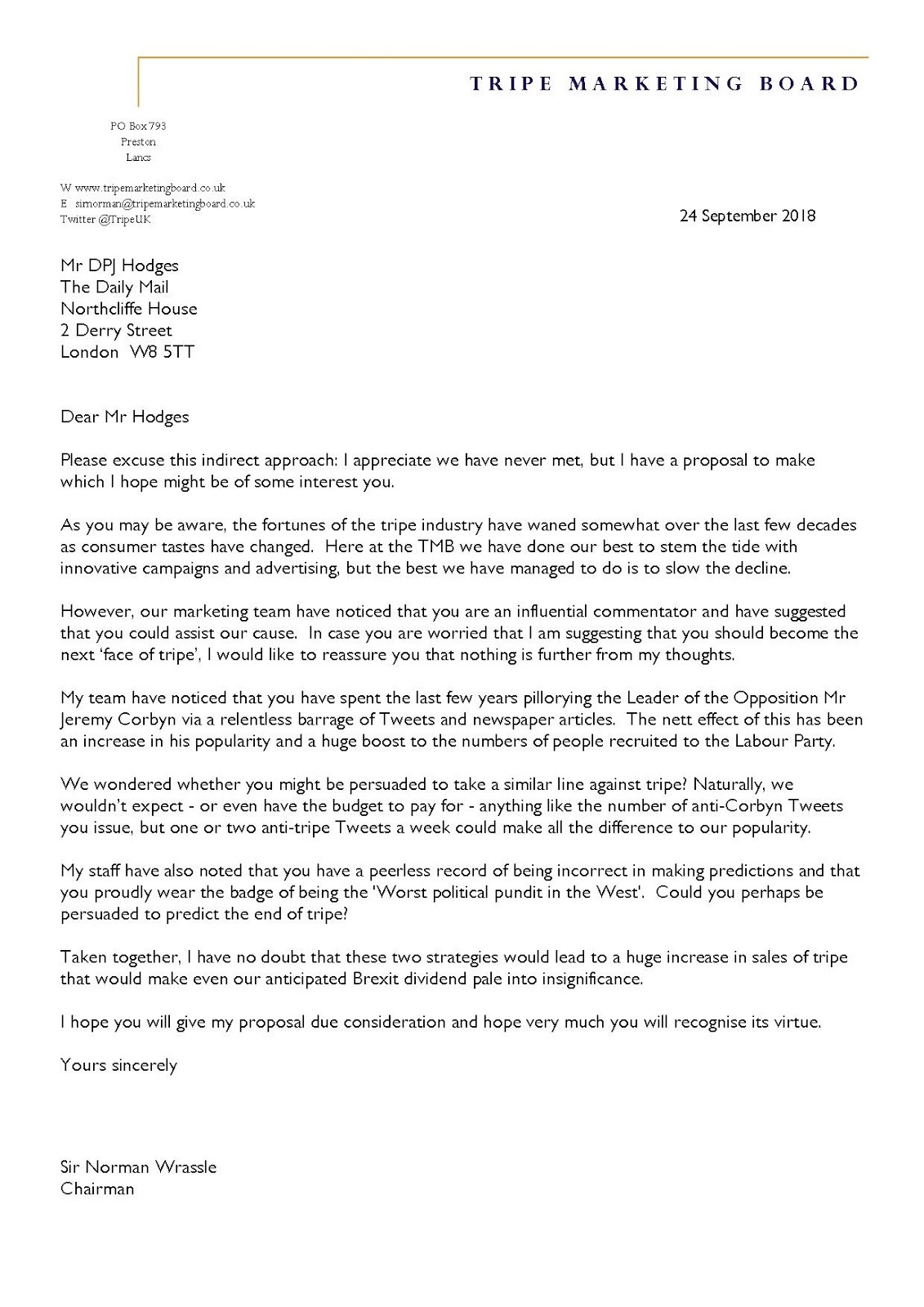 As soon as Littlejohn leaked the letter, TMB’s PR team leapt into action:

We're trying to find out whether @Sir_Norman has actually sent this. It may be #FakeNews.

Then it issued a swift apology:

But far from being over, the scandal over Hodges allegedly writing about and promoting finest quality tripe (and also being asked by the TMB to promote its offal-based product) has twisted and turned.

First, Wrassle immediately took to Twitter to claim the letter was indeed from him, but never actually sent:

I can confirm that this had NOT been posted at the time it was tweeted. It doesn't bear my signature. https://t.co/pJHlXi1odb

Then, on Tuesday 25 September, TMB issued a bombshell statement from Wrassle. He claimed he had not actually read the content of the letter, drafted by an aide, but that:

I got as far as reading the words ‘Mr DPJ Hodges’ and ‘Daily Mail’ and read no further. This is because the TMB has a long-held policy of not advertising our product in that newspaper as we have learned that its readers are unable to distinguish between tripe and its editorial content.

Wrassle has launched an investigation.

So Off The Perch put it to him that the leak had been intentionally timed. This, we suggested, was to cause maximum disruption to the Blairites (quite rightly) moaning and whinging at the Labour conference. An angry Wrassle told Off The Perch:

We are first and foremost a meat-based marketing board. Our job is to get tripe noticed. Whatever the motivation for the leak, I doubt very much that it was to undermine Labour’s right wing. They are doing a very good job at that themselves.

Meanwhile, Hodges has stayed silent on the matter. But Off The Perch has exclusively learned that he’s been approached by another organisation to promote its product; allegedly because he spouts so much of it already: 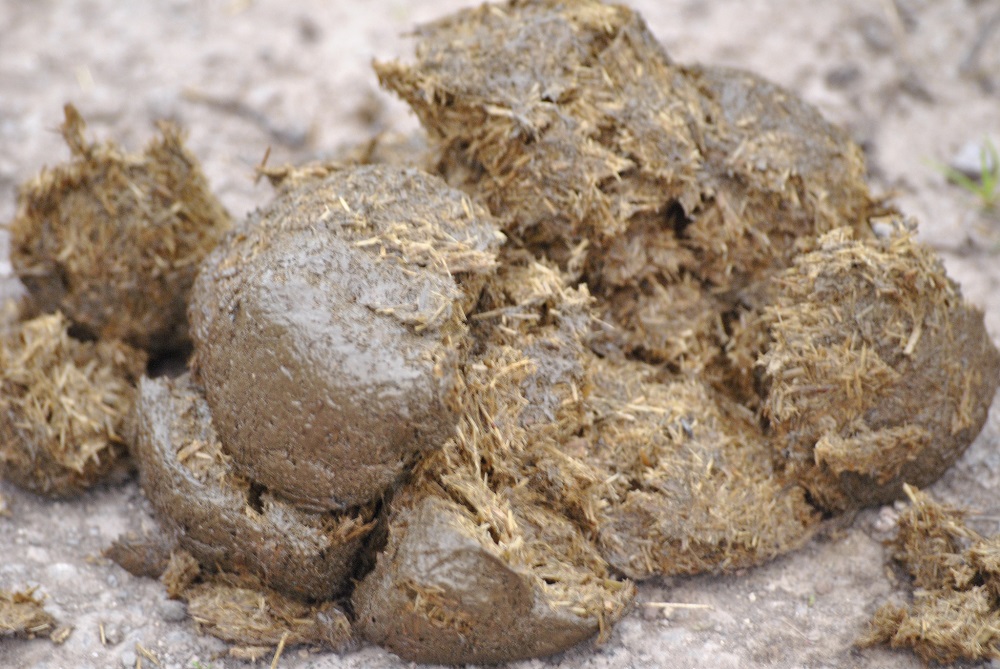