Women are at higher risk of abuse due to Tory policy, and we should all be furious - The Canary 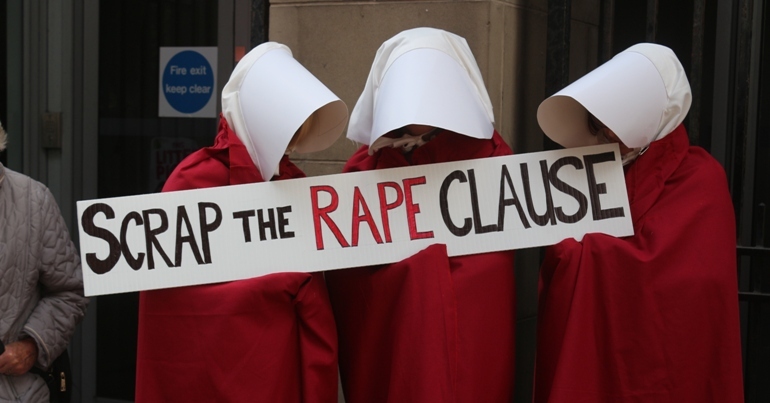 At the 2018 Labour Party Conference, delegate Angie Smith shared harrowing stories of abuse faced by women. But importantly, what these stories had in common was that they were all a direct result of government policy.

Shocking… Angie Smith's research found abusers were using #UniversalCredit as a tool for coercive control, forcing women to have abortions and live on allowances that were not even enough to buy nappies for their kids https://t.co/skYUIdbTIe #Lab18 #ScrapUniversalCredit pic.twitter.com/209JijAhNv

Further details of cases from Smith’s research later appeared in an article in the Mirror. Among the most heartbreaking is the story of a woman who was beaten by her partner to induce a miscarriage. This was due to a policy introduced in 2017, which caps child benefit at two children per family. Smith said:

One woman’s ex demanded she have an abortion because he said they could not get any more money for it, and when she said she didn’t want an abortion he beat her to try and make her miscarry.

While violence against women remains as common as ever, it’s infuriating to think government policy is endangering women further.

In her speech, Smith addressed how the policy of Universal Credit, which the Department for Work and Pensions (DWP) introduced in 2013, has facilitated financial abuse in households.

While the policy was initially devised to ‘simplify’ benefits payments, the impact of one payment per household going into a single account has been devastating for women. It has meant that one partner, often male in the case of heterosexual couples, has complete control over benefit payments. Smith has described how this affected the women she interviewed:

My research found abusers were using universal credit as a tool for coercive control, often forcing women to live on allowances that are not even enough to buy nappies for their kids.

According to Smith, the situation is even worse for women trying to flee abusive domestic situations:

Women are being left with no money at a time when they are severely traumatised and have been forced to leave nearly all their belongings behind.

The charity End Violence Against Women released a report in June 2018, entitled Universal Credit and Financial Abuse. It recommended that households should receive universal credit payments in separate accounts, to allow financial independence for both partners.

But what’s truly baffling is how the DWP thought paying into one account per household was sensible to begin with. As though women facing coercive control and financial abuse is something we haven’t known about for years.

A Parliamentary report on Universal Credit and Domestic Abuse, published in August 2018, gives some recommendations to improve the situation for women. But the damage done in real life to abused women in Universal Credit households has been too extensive for these measures to remedy.

The DWP recently came under fire for a policy that forced rape victims to prove they had been raped to access financial support. 190 women have reportedly had to prove their child was conceived through rape in order to receive child benefit.

This goes to show yet again how benefit cuts and senseless DWP policies have disproportionately affected women. Smith’s research, and the shocking effects of Universal Credit, drive home where vulnerable women truly stand in the Conservatives’ agenda.

Abuse towards – and violence against – women is a systemic issue. Women are 50% of the population. When will policymakers treat our needs on par with those of men?

– Read other articles on the DWP