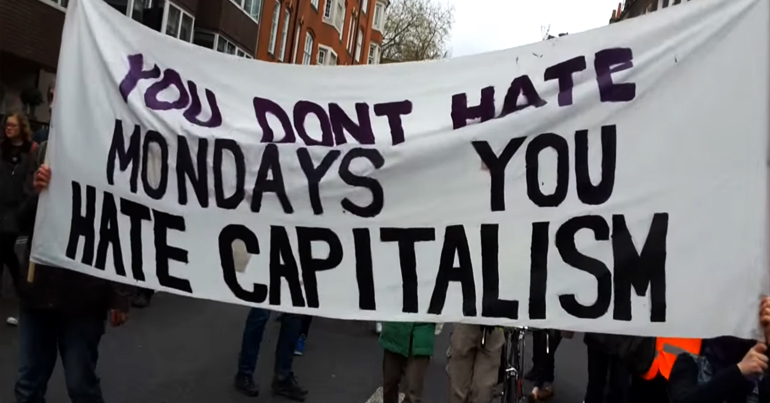 Results from a new poll on the best and worst times of the week have surprised no-one. Saturday evenings came out as the best time of the week and Monday mornings as the worst. But behind this obvious statement, the data revealed a deeper issue.

On 24 September, YouGov published results from a poll that asked people to rate how they felt about different times of the week. Each day comprised morning, afternoon and evening. Response options ranging from a good to bad time of the week were provided. The results weren’t surprising:

More cheerfully, here are the…

Instead what occurs from Monday to Thursday is a drop in positivity at the beginning of every day from the night before. … The morning is the worst part of every day, with the exception of Sunday which is the only day that gets worse over the course of the day.

More people said they enjoyed the Friday afternoon to Sunday afternoon block than other time periods during the week. Meanwhile, YouGov also noted that retired people’s attitudes to each day was much steadier. It lacked the peaks and troughs that defined the responses from people of working age.

The problem of work

For most people, working is a necessity not an option. At the same time, a November 2017 study by personnel firm Investors in People said one in four people are “unhappy workers”. Nearly half of people surveyed also said they’d be looking for a new job. And 31% of responses wanted a more flexible approach to working.

This suggests serious issues. People must work to survive yet many don’t enjoy what they do. Britain’s economic landscape means low pay, stagnant wages, unstable incomes and workplace stress for many who are able to work. For those who can’t, life is even more dire. Meanwhile, the rich get richer as the gap between those at the top and bottom widens.

Karl Marx wrote that workers were “alienated” – or disconnected – from labour. This was a function of capitalism, which divides a person’s efforts from the outcome. By doing so, people higher up in the capitalist system can monetise and profit from both effort and outcome.

In 2013, anarchist writer David Graeber published On the Phenomenon of Bullshit Jobs. The article said ‘bullshit jobs’ are roles:

that only exist because everyone else is spending so much of their time working in all the other ones.

Graeber named jobs ranging from telemarketing to pizza delivery and public relations to dog washers. Precise figures on employment in these areas are hard to pin down. But in 2011, the Office for National Statistics said the service sector made up 80% of jobs in Britain.

Not everyone is unhappy with work. But for those who are, feeling their job is pointless could be a huge factor. On this, Graeber wrote:

How can one even begin to speak of dignity in labour when one secretly feels one’s job should not exist? How can it not create a sense of deep rage and resentment.

This is where capitalism has got us today. YouGov’s poll suggested people enjoy their lives most when the prospect of work is least imminent. After all that, is it really a surprise?

On 10 September, the Trades Union Congress floated the idea of a four-day working week. One study in New Zealand showed the positive effects of this. A firm reduced working hours from 40 to 32 hours per week, leading to improved work-life balance and better productivity among staff. A campaign called 4dayweek was set up to push this idea in the UK.

But for some, an extra day off work is just slightly more time to recover from the destructive effects of labour. As a result, there is a more radical notion out there. Back in 1985, anarchist writer Bob Black said in The Abolition of Work:

Work is the source of nearly all the misery in the world. Almost any evil you’d care to name comes from working or from living in a world designed for work. In order to stop suffering, we have to stop working.

YouGov’s poll shows that many of us have an innate avoidance of the effects of work. And it shows the absence of work makes us much happier – so long as our survival isn’t in question. This is possible but first we will have to get rid of capitalism. It won’t be an easy job but at least it’ll have meaning.

– Unionise. Until we can get rid of labour altogether, collective power is important to demand concessions from employers that can make our working lives better.

– Watch a discussion around the anti-work ethic.

– Read We Are All Very Anxious, which ties precarious and unhappy work to the heart of capitalism.