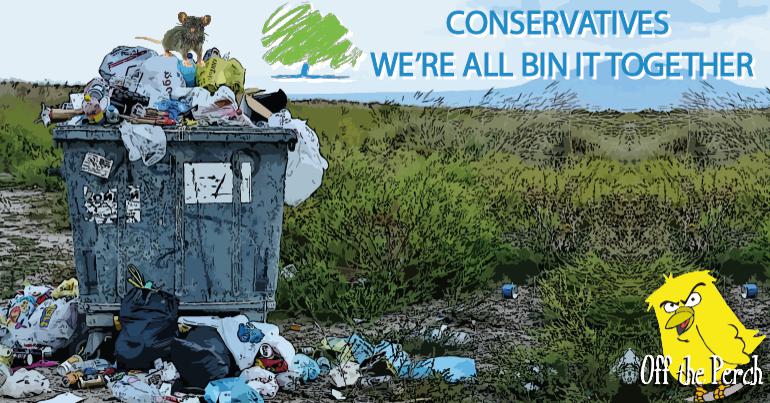 If there are two things people in Britain love, it’s:

Well good news, people of Britain! You keep voting for the austerity party, and now we’re getting monthly rubbish collections!

Of course, monthly collections aren’t bad news for everyone. It’s great for rats, flies, and pigeons. The Tory minister for desperately trying to cling to power said this:

Some people say that 16-year-olds should be able to vote. We in the Tory Party say, ‘why not rats’? I’ve done many things more sickening than a rat – should I not have a right to vote? It’s a real injustice that needs solving.

Obviously rats can’t scurry into polling booths and vote. The Tories propose that any rat which accepts their rubbish probably supports the Tory Party, though. They also pointed out rats are naturally in line with Tories, as both rely on the output of other people to sustain their grimy lifestyles.

Not every council implementing monthly collections will be Conservative, but every one will be doing so because of Tory austerity.

This is what David Cameron meant when he planned for us to ‘all be in it together’. A country that stinks and has a permanent cloud of flies hanging over it.