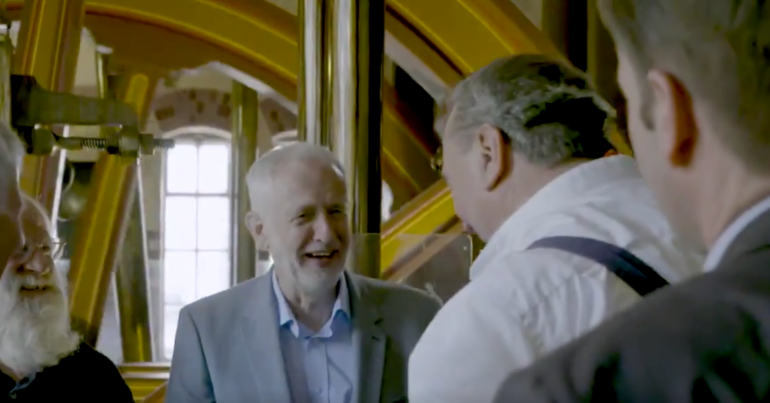 In a Twitter video, Jeremy Corbyn has announced plans to bring water provision back into public ownership. Corbyn pledged to end private “regional monopolies” that he said “put profits before people”:

We'll end water being run in the interest of private profit, not people. pic.twitter.com/gXFxPgg4oI

Corbyn recorded the video at Abbey Pumping Station in Leicester. He talked of the time when local authorities were building such stations. He said it was an era “when city councils built vital infrastructure”. Doing so, he added, provided “local people with clean water for the public good, not for private profit”.

He pointed out that, since privatisation, customers have faced steeper bills. Yet at the same time, Corbyn said “our water infrastructure is crumbling”. He added that, last winter, tens of thousands experienced interruption of their water supply. And during this summer, there was a threat of hosepipe bans. Highlighting the key problems of private ownership, he said:

All the while the value of private water companies has almost quadrupled, with Chief Executive pay and shareholder dividends skyrocketing.

The idea of public water services by no means began with Corbyn. Indeed, people around the world have been pushing for water democracy for decades.

Bolivia, for instance, has been at the cutting edge of improving people’s access to safe drinking water. In 2015, it met the Millennium Development Goal of reducing by half the number of people without access.

The South American nation is famous for its triumph over privatisation in the early 2000s when trade unionists, social activists and regular citizens joined forces to resist the selling off of water provision to a multinational corporation. Following four months of mobilising people power, the activists won and the government had to reverse the decision.

In England, both the Tories and New Labour have presented privatisation as the only way of effectively providing public resources. But looking around the world, and even the UK, shows that this is far from the case. Bolivia, Sweden and Scotland have shown that water services are not just successful but better when run through public ownership.

– Sign the People’s Plan for Water at the We Own It campaign.

– Join a campaign of the Global Water Partnership.

– Donate to Water for People.