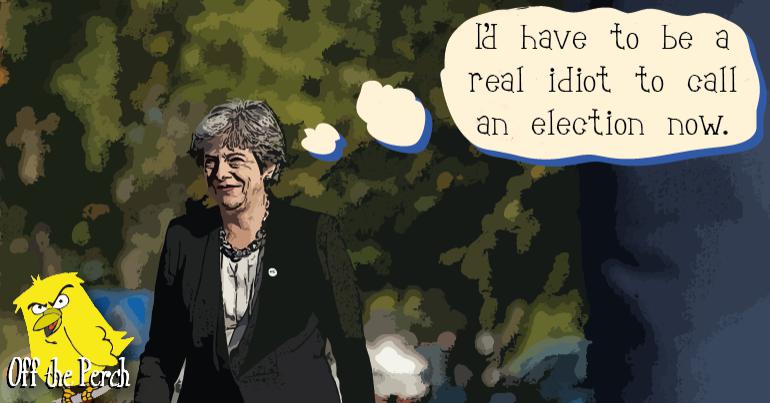 In the run-up to the last election, Theresa May said:

Let me be clear, I will definitely not – cross my heart and hope to die – be calling another election.

Let me be clear – an election I will not call!

Let me be clear!

I AM THE CLEAR WOMAN! THEY ARE THE CLEAR MEN! I AM THE WALRUS!

We’re having an election. But let me be clear, this was always part of the plan; I’ve never said otherwise.

As May has once more been clear that we won’t be having a snap election, we can probably assume she’ll call one before Christmas.

A fresh election will be problematic for May for a number of reasons:

She’ll have to call an election whether she likes it or not, though. She said she wouldn’t. And May incorrectly saying she won’t do something is the closest thing you’ll ever get to a straight answer from her.