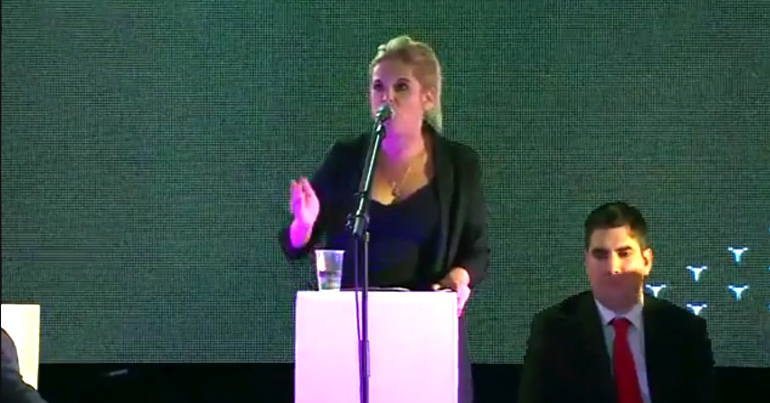 On 25 September, Labour MP Laura Smith said a general strike might be necessary if a general election isn’t called. And the statement stirred up a storm of reactions in the media.

Speaking at The World Transformed, an event organised by Momentum running beside the Labour conference in Liverpool, Smith said:

We must topple this cruel and callous Tory government as soon as we can. And if we can’t get a general election, we should organise with our brothers and sisters in the trade unions to bring an end to this government with a general strike.

The crowd stood to applaud the Crewe and Nantwich MP, as did shadow justice secretary Richard Burgon.

Other Labour officials immediately came down on Smith’s statement. Deputy leader Tom Watson said on Radio 4′s Today that Smith got “carried away” and her call was “not particularly helpful”. And shadow business secretary Rebecca Long-Bailey said a general strike is not Labour policy.

Predictably, establishment and right-wing media jumped at the news.

Several outlets ridiculed Smith and her speech. The Spectator said it was a “socialist slip-up”. The Daily Mail said it was an “extraordinary call to break the law”. Meanwhile, Westmonster described it as “bonkers far-left rhetoric”. And the Daily Mirror said it was the “stupidest thing” said at the Labour conference.

Above all, most outlets made reference to the ‘failed’ general strike of 1926.

Coal miners refusing lower pay for more working hours led to a general strike in May 1926. It lasted nine days and ended without a win after the government held meetings with the Trades Union Congress (TUC). This was widely regarded as a failure, something Watson said on Radio 4′s Today.

But the general strike was a failure of union leaders, not of the strike itself. A reflection written in the 1940s by union organiser Tom Brown said:

The strike failed only because it was called off by the trade union leaders and the workers had not learned to distrust those leaders sufficiently.

The willingness of workers to continue struggling even after the TUC turned tail showed this. As one socialist writer put it:

The ruling class had spent hundreds of millions of pounds, yet with all the resources at their disposal they could never have defeated the general strike but for the treachery of the TUC leaders.

Some reactions on Twitter have even suggested a general strike would hurt the working class most. Not everyone believed this rhetoric, though, including Owen Jones:

In 1926, my great grandfather – a railway worker – went on strike in solidarity with the miners. He had his wages docked, but family pride at what he did runs through the generations. Because solidarity is our strength, and it will, one day, prove the Tories' downfall. https://t.co/Yb07DSEcIp

It’s in the interests of those with power to make the idea of a general strike seem ridiculous. Even many union bosses were against the 1926 general strike. And as defenders of power, it’s no surprise that news outlets were quick to deflate Smith’s remarks.

The prospect of a general strike seems unlikely. But it wouldn’t be the disaster those with power would have you believe.

– Learn about a viable model for a general strike today from Solidarity Federation.

– Read more about the 2018 Labour conference at The Canary.