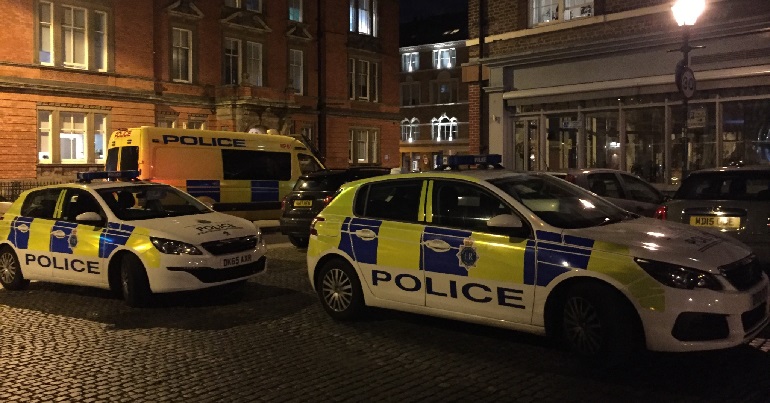 A bomb threat has interrupted a screening of ‘The Political Lynching of Jackie Walker‘ in Liverpool tonight. The Canary was on the scene as attendees were evacuated from Blackburne House, in what some called a deliberate attempt to silence criticism of Israel.

The film and the woman

The screening charts the treatment of Jackie Walker, who was suspended from the Labour Party amid what many people argue is an active witch-hunt to silence voices critical of Israel. Jewish Voice for Labour, which organised tonight’s screening, has supported Walker against accusations of antisemitism. A promotion for the event reads:

The story of a woman, a movement, a unique historical moment. Filming in UK and Europe, with commentary from friends and foes, activist and film maker Jon Pullman follows Jackie Walker over a year to interrogate the issues and the personalities that lay behind the headlines.

But shortly before the screening was about to commence, Blackburne House was evacuated after a reported bomb threat. The screening was subsequently cancelled by building management due to the delay as emergency services worked to clear and secure the venue.

The Canary spoke to Jewish Voice for Labour organiser Graham Bash outside Blackburne House. He said he’d been told that someone had reported the event as antisemitic in nature and that a bomb threat had been made. He also confirmed that screenings of the film would continue elsewhere, stressing:

Whatever the enemies of democracy try to do will never succeed. And as for Jackie herself, obviously she’s affected by what’s happened. But if anything, it redoubles her determination not to be silenced.

We will update this story when more details are available.