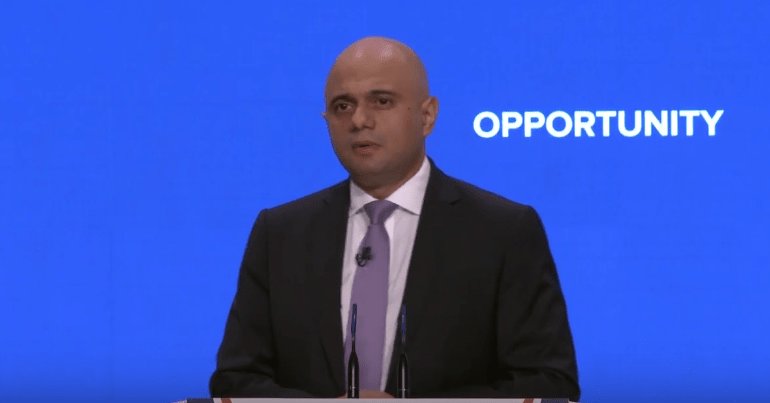 Home secretary Sajid Javid has declared war on “hope” in what may be the Freudian slip of the year. During his keynote speech at the Conservative Party conference in Birmingham, Javid said:

He quickly corrected himself, though, saying:

hate… fight against hate, with hope.

“We will fight hope with hate…”

“No we are against hate, hate is bad” pic.twitter.com/d7d224mkBF

Many people suggested that Javid had unintentionally let the cat out the bag:

What a Tory slip-up & revelation. UK Home Secretary Sajid Javid tells the truth when he makes his clarion call: "We will fight hope, with hate!" #CPC18

Sajid Javid has just told the Tory conference: "we will fight hope with hate!"

There is such a thing as an honest Tory afterall.

The Tory record of fighting hope

Former Greek finance minister Yanis Varoufakis has said that austerity – as pushed by the Tories since 2010 – is actually class war against poor people:

The problem is that austerity is being used as a narrative to conduct class war.

To be talking about reducing the state further when effectively what you are doing is reducing taxes like inheritance tax and at the same time you are cutting benefits – that is class war.

Indeed, the Conservative government has drastically cut support services that ordinary people rely on. And it’s ongoing. By 2020, for example, local authorities will have endured funding cuts of 60%.

On the plus side for Javid, there weren’t too many people in the audience to hear the gaffe:

Row upon row of empty seats this is Sajid Javid holder of one of the great offices of state he’s the Home Secretary he’s giving a speech to his own supporters it’s empty!!!! The Tories are the party of the Dead!!! They represent no one but themselves FFS!! #CPC18 pic.twitter.com/WhaTM4Fvbb

That’s the home secretary, only one of the top political jobs in the country.

Perhaps foreign secretary Jeremy Hunt can make up for it:

This is the picture as Jeremy Hunt completes his speech. A half empty hall. Utterly embarrassing.

Where would the Tories be without their powerful friends in the print media, constantly spinning for them and pumping out propaganda daily?

And it was a similar story for work and pensions secretary Esther McVey:

But Conservative Party chairman Brandon Lewis may have outdone them all:

By contrast, the queue to see Jeremy Corbyn speak at grassroots conference The World Transformed went on for ages:

The World Transformed went ahead the week before in Liverpool, alongside the official Labour Party conference. And while such events were packed, the Conservative Party looks like it’s on death row.

Well, at least they are finally coming clean about wanting to crush hope. And just at a time when, judging by the enthusiasm for Jeremy Corbyn’s platform, hope is back.