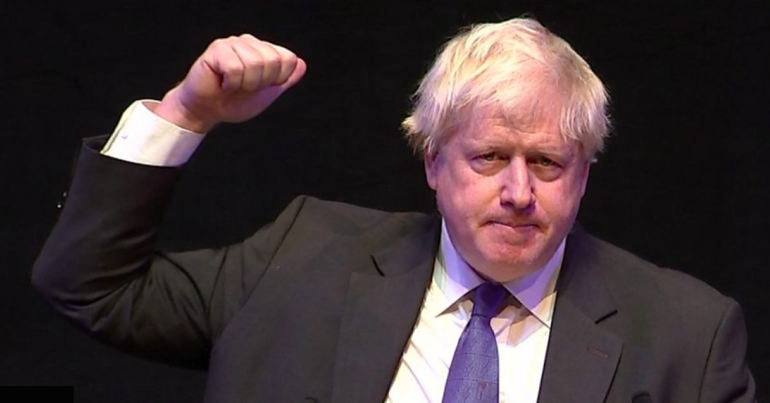 On 2 October, Boris Johnson gave his conference speech to a packed crowd. Widely touted as Johnson’s opportunity to “show his PM credentials”, it was an important speech.

But amongst the usual claptrap that you’d expect from Johnson, one line showed exactly how dangerous he’d be as prime minister. Johnson stated:

By the way, don’t you think it’s time we brought back systematic stop and search to end… the politically correct nonsense?

As ITV‘s Robert Peston pointed out, this one-liner went down well with his audience:

Stop and search does not work.

Mass operations ten years ago led to “no statistically significant crime-reducing effect" according to the Home Office.

Once again our pound-shop Donald Trump is playing games of ethnic division to further his grubby leadership ambitions. https://t.co/so6176zNju

At the same time, as one astute Financial Times journalist noticed, this is actually a U-turn by Johnson:

Politics should be better than this: first Jeremy Hunt claims EU is like a Soviet prison. Today Boris Johnson wants to reintroduce systematic stop and search. Both wannabe Conservative leaders vying to be more extreme than the other. They offer no hope, just vitriol

And many pointed out the racist nature of stop and search:

Huge and very RACIST Tory audience, is what you meant. Also ridiculously classist. It's targeting street crime, but I can't see many white-collar criminals getting caught out by a stop and search. This is just about making the comfortable and well-off (ie. tories) feel safer.

Boris Johnson calling for "systematic stop and search" by the police is dangerous. Clearly this speech is not based on the wealth of evidence which shows the low success rate of stop-searches and the discrimination that has plagued this practice #CPC2018 #BorisJohnson #stopsearch

Despite the number of stop and searches falling, Black and Minority Ethnic (BAME) communities are still disproportionately targeted. Figures released in 2017 showed that overall stop and searches had dropped by 21% in the previous year. But the numbers of white people searched had fallen by 28% compared to 11% for BAME people. Meanwhile, Black people were eight times more likely to be searched than white people.

Boris Johnson calls to "bring back systematic stop and search to end the politically correct nonsense" [applause] – more intentionally dangerous rhetoric to appeal to those on the right.

This speech showed how far Johnson is prepared to go to court the far right. His talk of “systematic stop and search” is nothing but thinly veiled racism. He is arguing for a discriminatory practice that marginalises and humiliates people without reducing crime.

But this one, “by the way”, off-the-cuff remark shows just how dangerous a Johnson premiership could be. This is not a clown or a buffoon, but a politician who believes civil liberties and allegations of discrimination are “politically correct nonsense”. And this should worry us all.

– Support StopWatch and the Network for Police Monitoring.