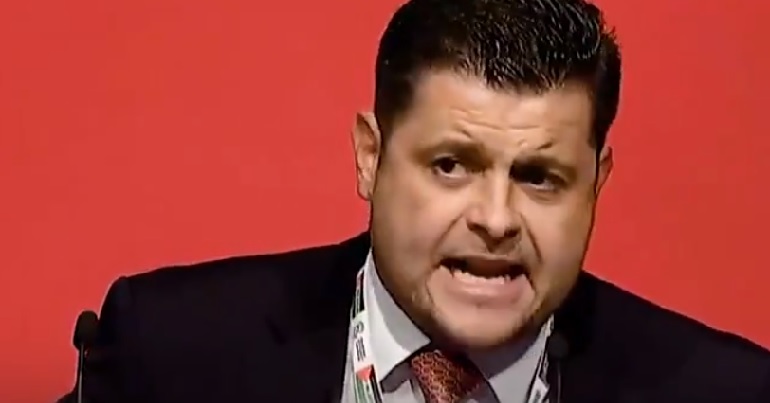 With one simple video, grassroots left-wing movement Momentum just summed up perfectly why we should all stand up for Palestine.

The footage captures an emotional speech from the recent Labour Party conference, in which delegate Colin Monehen broke the Israel-Palestine question down into the simplest of terms, saying:

Right now, two babies are being born in Jerusalem: one to Palestinian parents – the other to Israeli parents. Those babies don’t know that they are Palestinian and Israeli. They had no part creating the problems of the world they have been born into; and they have no knowledge of the tragedies that have gone before. They will both bring love into their parents’ hearts.

Keep in mind those two babies. They deserve a better future than the one mapped out for them.

This is so beautiful ?#FreePalestine pic.twitter.com/1rXEdR5j1E

His words appeal to the humanity in all of us. They’re a call to consider above all the most vulnerable and innocent people among us – the children who will inherit the world from us. And they’re a rallying call to fight for a bright future in which these children’s fates aren’t decided by where they were born or by the religious and ethnic backgrounds of their parents.

This is the same vision that drove the Labour Party to pledge its support to the Palestinian people at its 2018 conference.

Why? Because the forced displacement of children and the demolition of their schools must stop.

On the same day that Momentum shared the above video, AJ+ reported on the situation in Khan al-Ahmar – a Palestinian village in the West Bank that Israel wants to demolish.

Israel’s deadline for Palestinians to leave their homes in the West Bank village of Khan al-Ahmar has expired. Israel wants to demolish the village to make way for an illegal settlement, and move 200 Palestinians to a site near a waste dump. pic.twitter.com/BCwAy5hyDa

Human rights group B’Tselem is one of numerous organisations that has reminded Israel that the “forcible transfer of Palestinian communities is a war crime”. Other campaigners, meanwhile, have called such demolitions a form of “ethnic cleansing”.

And in the middle of all this are dozens of children – and a school (which Israel also wants to demolish). These children have now called on German chancellor Angela Merkel, who will be in Israel this week, to voice her opposition to the demolitions.

Palestinian children in the West Bank want German leader Angela Merkel, who is visiting Israel, to help stop Israel's plans to demolish their village and move them to a site near a landfill. pic.twitter.com/iTCCb1gAx2

In his conference speech, Monehen said:

For there to be a joint future for the next generation, there has to be an acceptance of the tragedies of the past.

And he’s right. Because fighting for a brighter future for all children in Palestine and Israel means recognising that they have been born into an environment of apartheid and occupation; and it means fighting against this system which seeks to divide them according to their religion, ethnicity, or birthplace. Neither Palestinian nor Israeli children deserve that.

Standing up for Palestinian rights simply means believing in a brighter future for all of these children. It means recognising that the current situation cannot and must not continue. And it means refusing to stay silent in the face of injustice.

– In the UK, meanwhile, you can write to your national or local politicians to share your concerns.