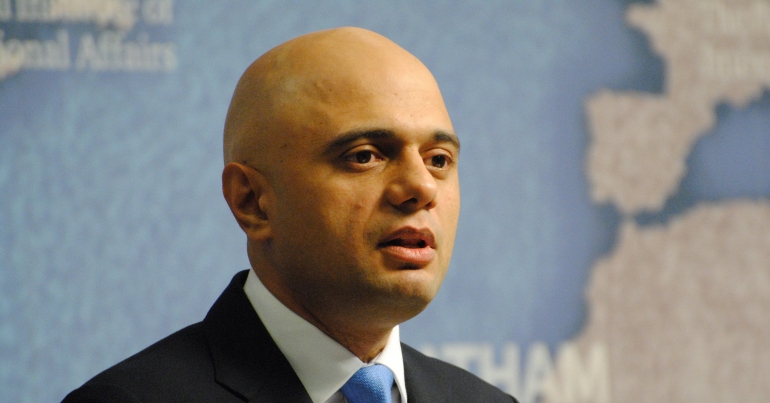 The Home Secretary recently said he plans to target cocaine users as a way to get tough on violent crime. And he emphasises that middle-class users deserve a big portion of the blame. But Max Daly, the global drugs editor at Vice, reacted to these comments. He believes Javid’s plan is “laughable”:

'The idea that if middle-class cocaine snorters stopped would have any impact on violent crime in London is laughable’ says @Narcomania.

In his speech at the Conservative Party Conference in Birmingham, Javid said:

We know that one of the causes of the rise of serious violence is changes in the market for illegal drugs.

We need a much better understanding of who drug users are, what they take, how often they take it, and so much more.

He also told the Daily Mail:

We need to make people understand that if you are a middle-class drug user and you sort of think, ‘Well, I’m not doing any damage, I know what I’m doing,’ well, there’s a whole supply chain that goes into that.

Youths whose lives have been abused, the county lines, other drug takers being abused, crime being encouraged.

You are not innocent – no one is innocent if they are taking illegal drugs.

Daly appeared on BBC Two’s Victoria Derbyshire to discuss the Home Secretary’s plan to tackle the demand for cocaine. He argued:

The idea that if… middle-class cocaine snorters all stopped snorting cocaine, the idea that will have any sort of impact whatsoever on these street killings in London is totally laughable. Because there’s not really any connection. I’ve investigated this, I’ve spoken to the people who have stabbed other people, I’ve spoken to stabbing victims. And this isn’t about, in the main, this isn’t about the drug trade. These killings in London are all linked to petty social media beefs… postcode rivalries.

I didn't watch the programme but, stopping the middle-classes from their cocaine habit will have no impact on violent crime. Stopping those importing, manufacturing and selling the drug, will have, though. Get the targeting right!

If no-one's buying the drugs then there's likely to be less fights over selling them. Duh.

It does seem that many drug dealers in London who sell cocaine also engage in violent crime. Various drug policy reformers maintain that the most effective way to reduce violent, gang-related activity is to pursue a system of legal regulation. There is little evidence to suggest that stronger enforcement leads to lower rates of drug use. It may not eradicate the problem because, as Daly points out, other factors are at play. But it could be an essential part of the solution.