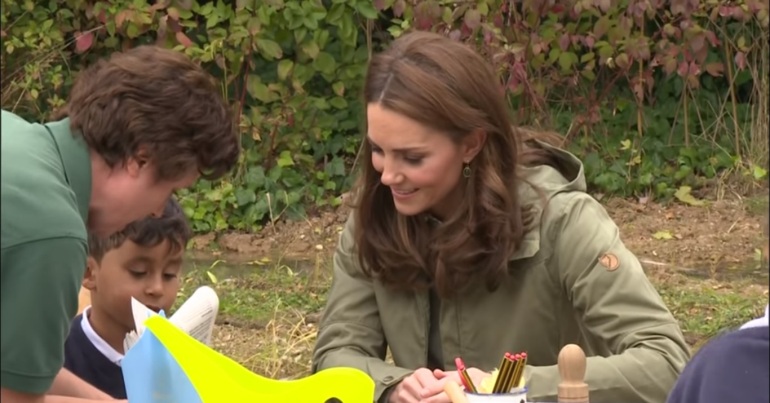 The Duchess of Cambridge has resumed her royal duties after five months of maternity leave. On 2 September, she was reported as ‘returning to work’, along with photographs of her at a wildlife garden in London.

The Telegraph decided to publish an article praising the short period of leave. The article claimed shorter maternity leave “should be normal” for everyone. Of course, the commoners disagreed.

Many pointed out that it’s much easier to take a shorter period of maternity leave when you have extra paid help:

like fucking hell, five months is actually a pretty excessive maternity leave for someone whose daily routine involves handing her baby over to the highly trained professionals as she pops out for a couple of hours to wave while someone else plants a tree.

How about the royals donate a Nanny to all working class families so that this can be reality.

ummm, I don't know if using a duchess, a member of one of the richest royal families in the world who undoubtedly has support staff is the best example for advocating a shorter maternity leave https://t.co/x1wr8JhinF

In particular, people are wary of describing the Duchess’s royal duties as “work”. Along with the fact that the taxpayer is still footing the bill for the royal family:

She doesn’t work and we pay for her life and rent and bills so every day has been maternity leave for Kate since 2011 go away https://t.co/nIWAOne101

I'm glad she's feeling recovered enough to wave at people from expensive cars again, but most women do not have armies of staff to help them out with the exhausting work of motherhood. And most women have, you know, actual fucking jobs. https://t.co/7fODgHPFNf

Yes it's true everyone should have shorter maternity leave because millionaire leeches without real jobs can do it. https://t.co/3SbBSQrWTi

Some people were angry at the suggestion that taking shorter maternity leave is feminist and empowering. The Telegraph is clearly unaware of the struggles of most working mothers:

Also breastfeeding. Plenty of jobs make breastfeeding difficult, because there are no facilities for expressing and storing breastmilk at work. Do we want breastfeeding rates to plummet in this country?

The whole debate has provoked criticism of the Telegraph. And people have commented on how out of touch it is with most people:

The #Torygraph has taken leave of its senses here. The elite really are determined to have everyone dropping dead of exhaustion at their desks, so the state can avoid having to pay us our pensions #DuchessofCambridge

Maternity leave is a hard-earned right which is vital in helping women get into work. And the circumstances of every woman who goes on maternity leave vary a great deal.

So to suggest that shorter maternity leave “should be normal” is bad enough. But to do so using the example of a royal whose childcare is funded by taxpayers? Well, that’s just plain stupid. Although, can we really expect any better from the Torygraph?

– Check out and support this campaign for extended maternity leave by mums of premature babies.