Conservative MPs are openly revolting over a controversial policy - Canary 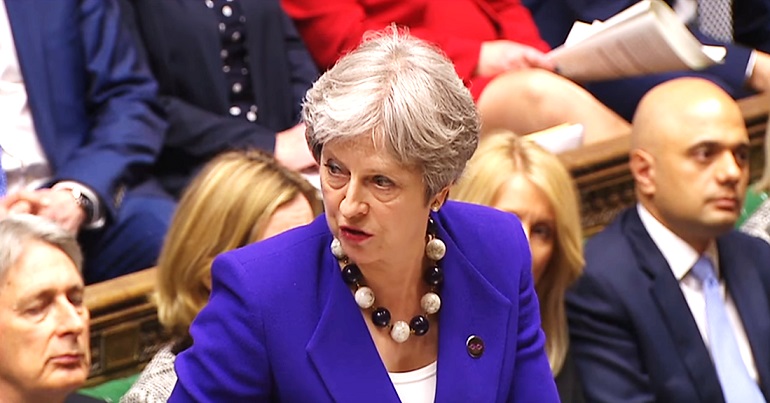 Conservative MPs have been expressing open concern over a key government policy during the party’s conference. And it may be telling of a potential revolt over the controversial issue of fracking.

The government says that shale gas could give the UK “greater energy security, growth and jobs”. It claims it’s “encouraging” companies to explore fracking in a “safe and environmentally sound” way.

But the industry is controversial. Campaigners are against it, not least because of its contribution to greenhouse gas emissions. It’s been linked to polluted drinking water and earthquakes. Studies have also shown links to low birth weights, premature births, and a possible increased risk of breast cancer. As The Canary has documented, opposition from local residents where fracking has begun has been robust.

The Conservative government is moving forward with fracking regardless. A statement in May, then a policy paper in July, effectively gave the green light for companies to frack up and down the country. But now, MPs from the Conservative benches are voicing their discontent.

He said that the Conservatives could lose the next general election, and MPs their jobs, unless they drop their support for fracking. Rowley called the issue a “barnacle” that “needs to be removed from the Conservative boat as quickly as possible”.

At the moment the lion has not roared on fracking because we have dealt with less than a dozen applications… If we’re to do it at scale, if we’re to achieve whatever objective the government is setting, we will have to have hundreds in Derbyshire.

We cannot go from the level of objections that we have had with one well to hundreds of them and not expect a political impact.

[The Conservatives] have so many problems at the moment… We all want to get back on to domestic agenda items as quickly as we can because we saw last week the danger of Jeremy Corbyn if we don’t do that.

This is not what we need to do – Lynton Crosby used to have a phrase and it was ‘we need to take the barnacles off the boat’. This barnacle needs to be removed from the Conservative boat as quickly as possible.

Then, on Tuesday 2 October, Wells MP James Heappey said the Conservatives should “look again at fracking”:

.@JSHeappey: I have a shopping list for the Budget for @RobertJenrick! I wonder if we should look again at fracking. I agree v much on need to price carbon & then allow market to react #PXenergy #cpc18 pic.twitter.com/zwzgpCwExW

It’s telling that increasing dissent on the Conservative backbenches is growing by the week. MPs know and are starting to understand that constituents have serious concerns over fracking and the removal of local democracy.

There was arrogance in recent comments from the secretary of state for energy, Claire Perry. She completely misunderstands the level of opposition across the country.

The concerns and pressure will only get louder for the Conservatives.

If these Conservative MPs are anything to go by, May could have a fracking fight on her hands.

– Write to your MP with your concerns about fracking.

– Also stay up to date with fracking news from Drill Or Drop.