A spycop sexually abused a woman for two years. But new documents reveal his cover officer is claiming ignorance. - Canary 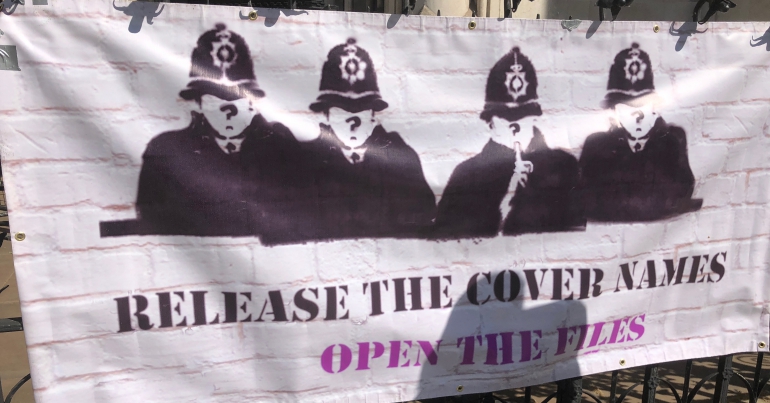 On 3 October, undercover policing was back in the courts. Kate Wilson, who was deceived into a sexual relationship with Mark Kennedy, was at the Investigatory Powers Tribunal for a hearing over her case that Kennedy abused her human rights.

Part of the evidence Wilson is demanding is disclosure of how far up the chain of command knowledge of her relationship with Kennedy went. During the hearing, one of the tribunal panel members stated it was “inconceivable” that Kennedy’s supervisors didn’t know about his relationship.

But this statement comes just a day after a document published on the Undercover Policing Inquiry’s website claimed that at a cover officer had no knowledge of the sexual relationships one of her officers engaged in.

According to the College of Policing, a cover officer has:

day-to-day responsibility for dealing with the UCO [undercover police officer] and their security and welfare.

One such cover officer is N30, whose risk assessment was published by the UCPI on 2 October. N30 was responsible for nine UCOs between 2004 and 2008. One of these officers was N104, Carlo Neri. Neri had a two-year relationship with a woman known as Andrea and even proposed to her.

But in her risk assessment [p4]:

N30 stated that no one to her knowledge was involved in a sexual relationship during her tenure.

Andrea said that Neri was “embedded in her family” and that:

He kind of made an effort to be in contact with them a lot … and they reciprocated because they liked him.

And yet the woman who had day-to-day responsibility for his actions claims to have no knowledge of the relationship.

Speaking to The Canary, Andrea agreed with the assessment of the tribunal that it was “inconceivable” that Neri’s cover officers and managers did not know about the relationship. She described what happened as “systematic, state-sponsored abuse”.

She also said that the disclosure created even more questions, especially regarding a woman who used to call regularly to speak to Neri:

In light of the revelation that one of Carlo’s key cover officers was a woman, I now question who the woman on the phone was… it clearly wasn’t his sister.

The police admit they hold 10,000 documents on Wilson. The police are desperately trying to keep those documents from her. Arguments made at the hearing included money:

"The disclosure will cost hundred of thousands of pounds, and the Met Police funds are finite, under a great deal of pressure…" Police Lawyer

Interrupted by Judge with some distain for the point being made. #spycops

That they still haven’t found all the documents:

"there are difficulties, there are materials yet to be located, yet to be researched, something has to be done in a practical way" – Perry

And finally, that they need more time:

Police counsel: Can we have another 3 months to produce evidence we were asked to a year ago? #spycops #dogatemyhomework

Wilson, Andrea and everyone spied on needs full disclosure of police documents. And this has to include information about cover officers, line managers and however high up the policing hierarchy this abuse goes. It is clear that the victims of undercover policing cannot trust the selective information given to them by the police.

Nothing justifies what the police have done to political campaigners and they need to come clean. These officers, their managers and whoever else knew about their actions need to be held to account. Enough is enough.

The Canary contacted the Metropolitan Police for comment but had received no response by the time of publication.

The author is a core participant in the Undercover Policing Inquiry

– Find out more and support Police Spies Out Of Our Lives.