The Conservative candidate for London Mayor is accused of ‘sexism and misogny’. And his excuse is ludicrous. - The Canary 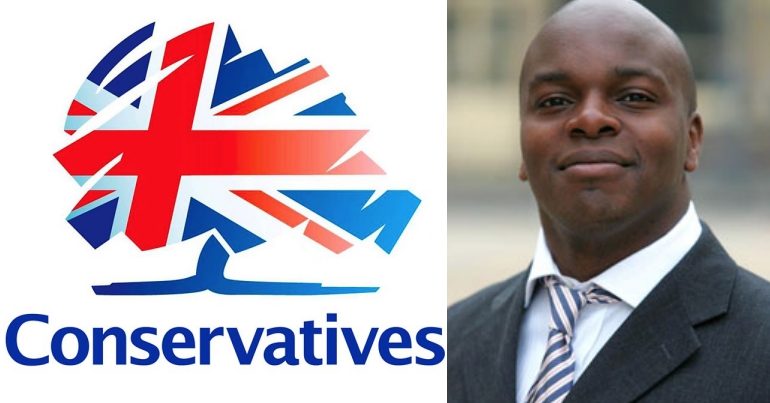 Shaun Bailey, the Conservative Party’s candidate for London mayor, appears utterly vile. In fact, it appears that he’s vile enough to give UKIP a run for their money.

The Labour Party has accused Bailey of “appalling sexism and misogyny” over comments he made in 2005 and 2006. So the Evening Standard offered Bailey a chance to respond. The paper failed, however, to question his response. Bailey stated that his comments were made:

in the rather raw and ill-judged manner of a young man still figuring out his world.

Shaun Bailey was 34 years old when he wrote this utter nonsense.

Bizarrely it was published by a think tank. Who on earth funds such crap? pic.twitter.com/omi4gAqaoa

Single mothers and young women appear to be particular targets for Bailey.

Writing for the Telegraph in 2006, he claimed that “reassuring” single mums that it was okay to be a lone parent was a ‘flawed assumption’. He continued:

For example, any young girl living in the inner city will be clued up on how the system works. They won’t be too careful about not becoming parents. In some cases, they will deliberately become pregnant – as they know that if they do, they will get a flat.

Bailey also seems to have a low opinion of young women. In a 2005 pamphlet, No man’s land: How Britain’s inner city young are being failed, he wrote:

Girls are more likely to smoke to begin with – they have a smoker’s attitude. The problem is if they come across a group of boys who smoke weed they need to appear cool. Then drinking and smoking and hanging around with the undesirables leads them to adopting a different sexual code.

Safe sex also – when you say to them here’s condoms – you confirm that young people should have sex.

And writing about young women, he stated:

But the boys have got this opinion that if a girl looks clean, and that generally means she’s good looking, she appeals to them, it is less likely she’ll have an infection. If a girl appeals to one that way, she’ll appeal to all of them. She’ll tend to have been around.

In the same pamphlet, Bailey also raged against MTV:

Words fail me for how evil and wicked MTV is.

And he stated his belief that prison isn’t working for young offenders because:

At the moment prison is a boon because it is nice and boring. It encourages young people to be lazy.

This may come as a surprise to the 40% of children who don’t feel safe in youth detention. And the children locked up for 23 hours a day may find his comments about how “nice” prison is somewhat insulting.

If in doubt, insult even more people…

But that still wasn’t enough for Bailey. Not content with offending vast numbers of people, he turned his attention to multiculturalism. He stated:

You bring your children to school and they learn far more about Diwali than Christmas. I speak to the people who are from Brent and they’ve been having Muslim and Hindi days off. What it does is rob Britain of its community. Without our community we slip into a crime riddled cess pool.

But by removing the religion that British people generally take to, by removing the ethics that generally go with it, we’ve allowed people to come to Britain and bring their culture, their country and any problems they might have, with them.

Shaun Bailey has insulted every Muslim and Hindu living in London and blamed them for problems they haven't created. That is not a man fit to lead.

Bailey has also been accused of sharing a racist tweet about current London mayor Sadiq Khan.

It’s difficult to think of any acceptable excuse for Bailey’s words. But claiming that he was just a “young man still figuring out his world” at the tender age of 34 is utterly ludicrous.

Featured image via Wikipedia and Wikimedia/Politico1234