Stock market shows signs of an imminent crash, and it could be 2007/8 all over again - The Canary 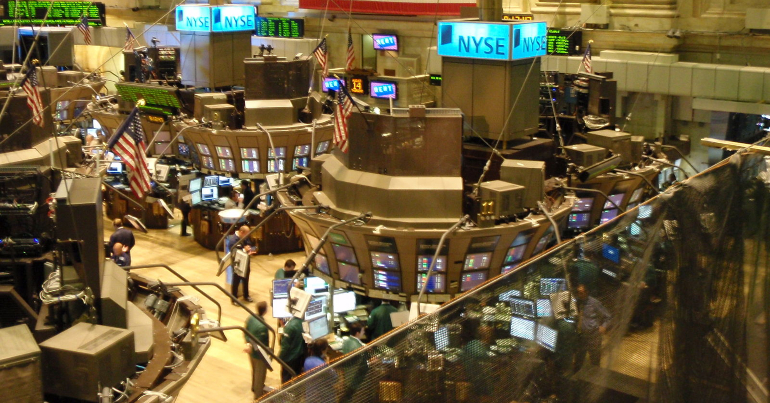 The US stock market has had a bad week. And it might be the beginnings of something bigger. Because according to some experts, another financial crash may well be on its way soon.

On 10 October, US stocks experienced “their steepest drop in eight months”. The Standard & Poor 500-stock index registered its longest string of consecutive losses since November 2016.

They tumbled again the next day, with the New York Times reporting widespread declines in “everything from previously high-flying tech shares to usually insulated sectors like consumer staples and utilities”. As trading ended, the market was down an extra 2.1% since the previous day. For the month of October, stocks in the US are down 6.4%. This makes it the worst month since 2008, and we all remember what happened in that year.

Indeed, many experts see current trends as a forecast for what is to come: another financial crash of similar proportions. Even some international institutions, which have historically supported the kind of free-market system that led to the 2008 crash, are now predicting another one.

According to the International Monetary Fund (IMF), global debt levels (which are now well above those in 2008), combined with governmental failure to enact proper reform, put the world at risk of a repeat.

And even figures from the centre and centre-right think so too. Former UK prime minister Gordon Brown, for example, said in September that the world “is sleepwalking into a financial crisis”. And even right-wing historian Niall Ferguson agrees. He said in late 2017: “There is a lot about the present reminiscent of pre-crisis days”.

The public, and particularly youngsters who came of age during the last crash, also seem to be in agreement. 77% of participants in a survey called Millennials with Money, for example, agreed that “it is just a matter of time before the bad behavior of the financial industry leads us into another global financial crisis”.

The news also comes as Nicholas Shaxson’s new book hits the shelves. The author of Treasure Islands, which examined the impact of tax havens on the global economy, is a strong critic of the present structure of the finance industry. And his new book, The Finance Curse, argues that a large part of the problem is that the finance sector has grown too big. The book’s title alludes to the ‘resource curse‘ – where resource-rich countries often end up poorer than others that don’t have resources.

Writing in the Guardian, Shaxson says:

A growing body of economic research confirms that once a financial sector grows above an optimal size and beyond its useful roles, it begins to harm the country that hosts it. The most obvious source of damage comes in the form of financial crises – including the one we are still recovering from a decade after the fact. But the problem is in fact older, and bigger. Long ago, our oversized financial sector began turning away from supporting the creation of wealth, and towards extracting it from other parts of the economy.

There is a growing consensus among a broad range of different voices that another crisis is on its way. We are still living with successive governments’ failures to enact the sweeping reforms necessary to transcend the intrinsically unstable free-market system that devastated the lives of millions of people in the aftermath of 2008. And unless radical change comes soon, this devastation may well hit again soon.