Universal Credit will make people poorer but austerity is over, claim Tories - The Canary 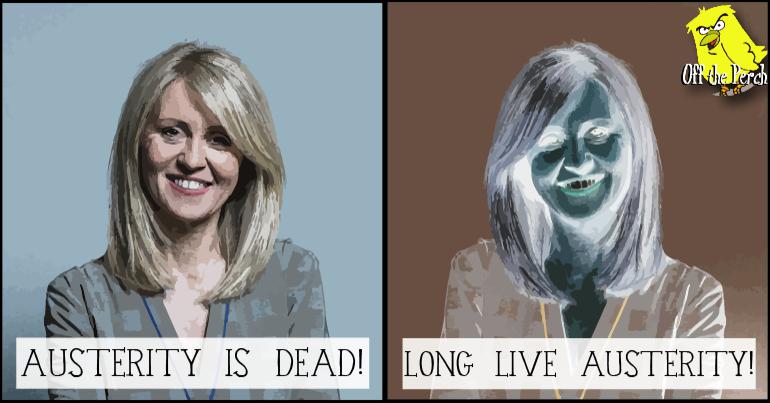 The good news is that austerity is over. The bad news is the DWP is using Universal Credit to make people poorer. That doesn’t mean austerity isn’t over, though. It just means the Tories are enforcing poverty for fun now.

Downing Street, Oct 8: "…No family receives less money than they do today."

Esther McVey, Oct 11: "Some people will be worse off."https://t.co/gGfjT4AKk3

The truth is over

People are obviously confused about this turn of events. Theresa May reiterated:

The important thing is austerity is over.

People asked how austerity can be ‘over’ if the government is still going after the most vulnerable:

We’re not doing an austerity on these people; we’re just systematically making them poorer to create a permanent underclass.

When it was pointed out this sounded a lot like austerity, May screamed:

I AM THE DANCING QUEEN! OFTEN UNTRUE, ONLY SIXTY TWO!

She then danced out of the room to rapturous applause.

It ain’t over till it’s over

The Tories have a real problem on their hands. On the one hand, they want to say austerity is over. On the other, they have no intention of stopping it because they love making people miserable.

The problem isn’t their own squeamishness with untruths though; the issue is people keep noticing the lie.