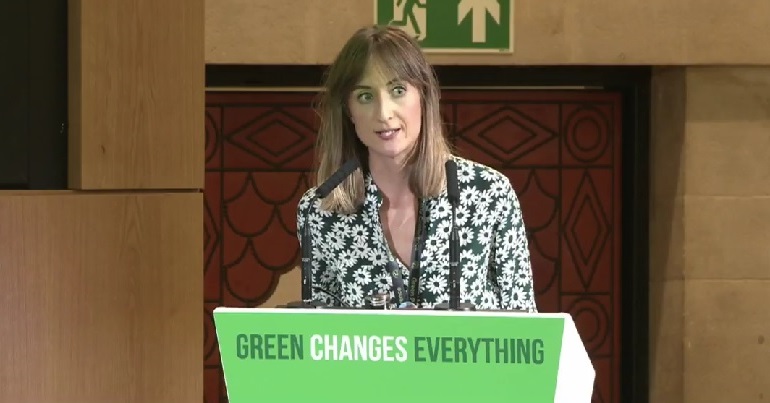 The Wales Green Party is looking for a new leader. And the race has just kicked off.

Mirka Virtanen announced her campaign to be the party’s next leader. Virtanen has been deputy leader of the Wales Green Party since January 2018. In 2016, she lost her first bid to become deputy leader by just one vote.

“Politics should be for everyone”

Virtanen spoke to The Canary about her campaign, saying:

I have thoroughly enjoyed my term as Wales Green Party deputy leader, working with local parties and key activists to make the party stronger from bottom up.

I hope to be able to continue this work as leader.

I am also standing because Wales suffers from a drastic lack of diversity from local councils to the assembly and I want to show more than anything that women, and especially young women, can do this.

Politics should be for everyone.

When announcing her election campaign, she said:

it is crucial that over the next few years we focus on building capacity, membership and getting ready for not just the next National Assembly for Wales election, but also the next local elections.

Her election campaign follows a speech at the Green Party of England and Wales conference, in which she spoke of key environmental challenges and opportunities for Wales. She argued for greater investment in renewables, for scrapping plans for new nuclear power stations in Wales, and in opposition to an extension of the M4.

The leadership election comes at a difficult time for the Wales Green Party. It follows the resignation of former party leader Grenville Ham. He defected to Plaid Cymru on the eve of the party’s conference.

His resignation was triggered by the result of a divisive referendum of party members. That referendum was on whether the Wales Green Party should become independent from the Green Party of England and Wales.

But there is room for optimism in the party. In the last Welsh local elections in May 2017, the party elected its first councillor. With three years to go until the next Welsh Assembly elections, the new leader will have plenty of time to influence the party’s fortunes.

No other candidates have yet announced their intention to stand for the leadership. A timetable for the election has not yet been announced.