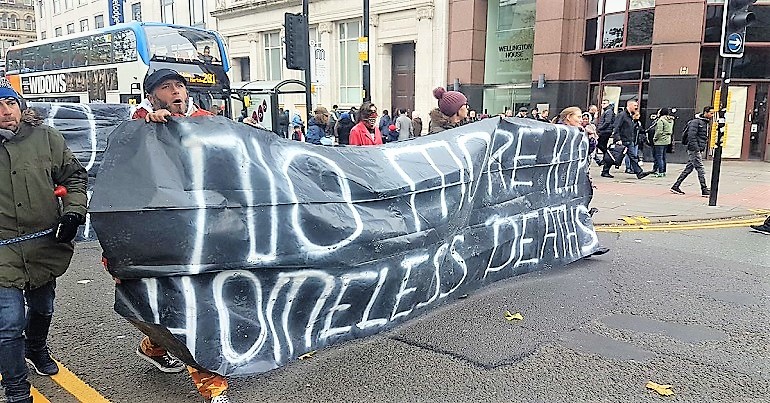 On 27 October, people in Manchester came out to show solidarity with the city’s homeless community. The event was also a call to Manchester’s mayor and council to do more. Because citizens are saying enough is enough.

As The Canary previously reported, a coalition of grassroots groups organised a ‘No More Deaths On Our Streets’ rally. It began at around 1pm in Manchester’s Piccadilly Gardens. People started gathering and laid out banners: 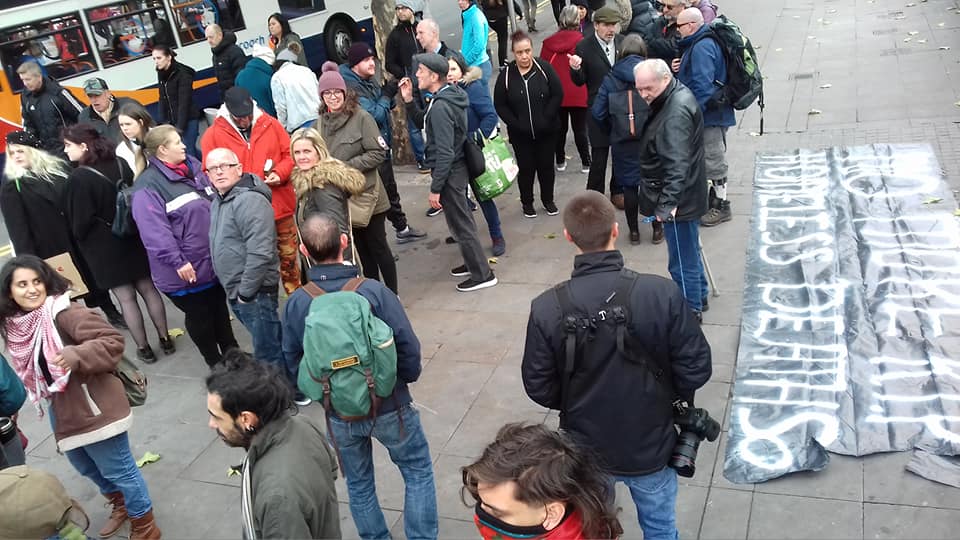 These had messages about homeless people dying: 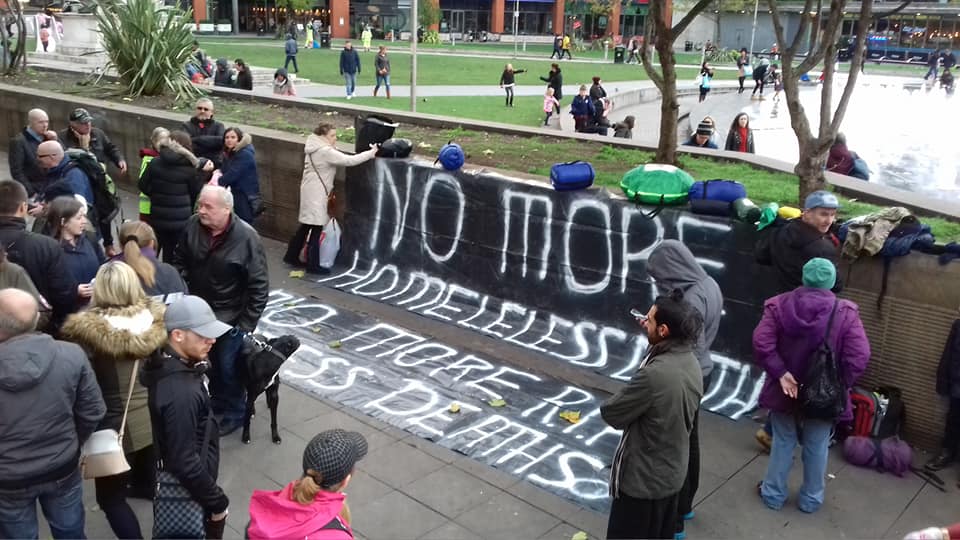 People then marched through Manchester City centre towards the town hall: 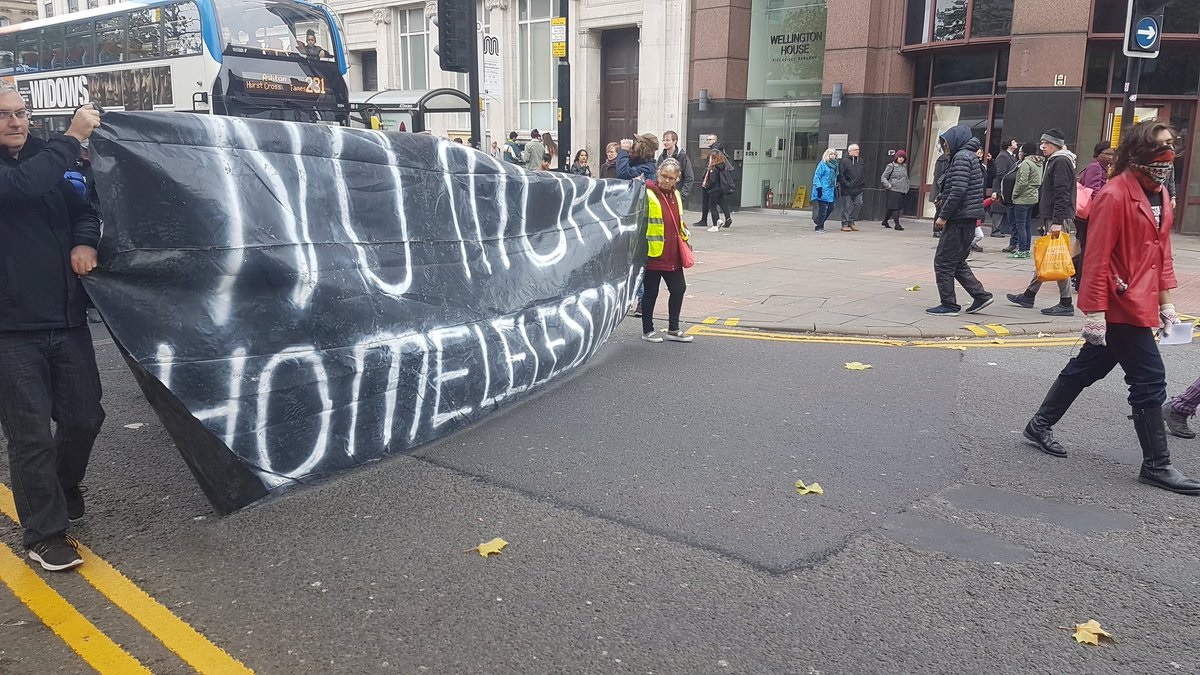 The police were present as people blocked the roads:

But they also reportedly stopped people going further than the town hall. Instead, people went to mayor Andy Burnham’s office:

The march came after two men died on the streets just last weekend. At least one homeless person dies every month in Manchester, according to the Manchester Evening News. And this could be an underestimate. Authorities don’t routinely record the deaths of homeless people, although this is changing.

Yesterday was [a] great gathering of outreach groups and individuals. We simply came together in remembrance of the many people who have died unnecessarily on Manchester’s streets. It was an act of real solidarity not charity. We’re now planning similar actions across the UK.

Meanwhile, Burnham has pledged to “end rough sleeping by 2020” in Greater Manchester. He has a “radical” plan which includes providing housing for 450 people. He also says the council will “offer a place every night to every rough-sleeper” in Greater Manchester this winter, starting on 1 November.

‘Official’ rough sleepers increased in Manchester by 41% in 2017 to 278 people. But some campaigners believe the real figure is double this. That figure rises to over 3,000 homeless people when considering those in temporary accommodation, B&Bs, or sofa surfing.

As The Canary reported, people have been questioning Burnham on Twitter. On 27 October, he defended his record:

Honestly, you’ve no idea how hard it’s been to get to this point. I can’t waive a magic wand & stop UC/cuts. Easy to criticise; harder to do

So you should know I can’t solve it in 18 months. Sorry to hear that but the last Labour Government did a lot on this too. pic.twitter.com/8IlOwVx1TA

But Burnham’s plans, and the time it’s taking to do them, has left campaigner Anthony Brennan unhappy. He told The Canary:

Manchester was a city united standing as one saying enough is enough Burnham; we set this up in just four days.

We have showed fellow Mancunians care. Now it’s your time to do the same Manchester City Council and mayor Burnham. Or we will be back bigger and stronger. Expect us.

Will Burnham’s plans be enough? Time will tell. But what is clear is people in Manchester will not stand idly by as others die on the streets. One death is one too many. The situation is already far worse than that.