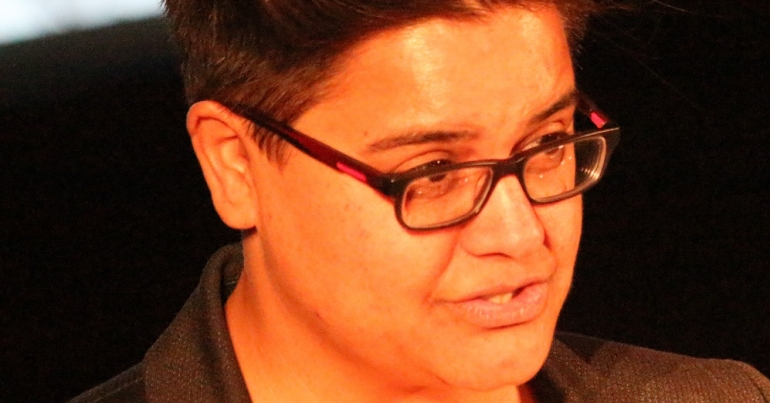 The Black Membership Council (BMC) of the National Union of Journalists (NUJ) voted to ask Kerry-Anne Mendoza, the co-founder of The Canary, to give this year’s Claudia Jones Memorial Lecture for Black History Month. Claudia Jones was a radical, black communist journalist. Kerry-Anne was due to give the lecture on 11 October. But following the events detailed below, the National Executive Council (NEC) of the NUJ ultimately reversed the decision of the BMC.

Journalist Mohamed Elmaazi and The Canary‘s director of communications Nancy Mendoza drafted the following letter and circulated it to express both outrage with the behaviour of the NUJ NEC and solidarity with Kerry-Anne. It has collected 76 signatures at the time of publication but is open to collecting more.

A letter of solidarity circulated on 25 October 2018

We the undersigned have written this letter to express our frustration and outrage at the behaviour of the National Union of Journalists’ National Executive Council (NEC) towards Kerry-Anne Mendoza, co-founder of The Canary. We also write to express our solidarity with Kerry-Anne, who the NEC de-selected from giving this year’s Claudia Jones Memorial Lecture for Black History Month. That offer, given by the NUJ’s Black Members Council (BMC), was rescinded by the NEC undemocratically and wholly without merit, as a result of a sustained smear campaign championed by some staff at the Guardian/Observer.

It is abundantly clear that staff at the Guardian/Observer, which had agreed to host the lecture before they knew who would speak, opposed Kerry-Anne giving the talk and openly sought her removal from the very beginning.

Establishmentarianism by any other name

The NEC has proven itself to be little more than a tool of middle-class liberalism, ironically subverting everything that the Black radical communist Claudia Jones stood for.

Kerry-Anne is a Black, gay, working-class woman who risked everything to co-found an independent, left-wing alternative to the mainstream corporate and establishment press. She did this with a budget of £500, which was money put in by the founders, including Kerry-Anne herself. In the greatest tradition of Claudia Jones, Kerry-Anne’s lecture will be held without the support of the NUJ’s leadership on 29 October 2018 at the Sands Films Studio in London.

The first attempt to remove Kerry-Anne as speaker, without cause, was rebuffed by the BMC – which affirmed Kerry-Anne as its choice. This led the NUJ’s NEC to try again and again, until they finally used the product of a smear campaign against Kerry-Anne as a justification to remove her.

The second attempt to attack Kerry-Anne and push her out of giving the talk followed the publication of a highly detailed and well researched investigative piece by award-winning journalist Max Blumenthal. Observer journalist Nick Cohen and BuzzFeed journalist Mark Di Stefano erroneously blamed The Canary for the deportation of a US journalist from Nicaragua. The article in question exposed this journalist as being embedded with right-wing militias in Nicaragua that were openly calling for the violent overthrow of the government.

The claim that the deportation was down to The Canary re-publishing a later version of Max’s article was repeated by the NUJ general secretary. And despite BuzzFeed retracting that baseless conclusion, no apology was ever made to Max, Kerry-Anne or The Canary.

Here, the NUJ general secretary showed incredibly poor judgment, as she repeated claims about a situation without confirming the facts. The Canary has published a follow-up piece by Max Blumenthal, which further confirmed that the Guardian failed to inform its readers that a key source for its reporting on Nicaragua was embedded with and openly praising rebels who promote violent ‘regime change’. The NUJ has still issued no retraction, despite being made aware of these facts.

Instead, Kerry-Anne and The Canary have been subjected to sustained attacks online and by journalists who were not fully informed about these two investigative pieces published by The Canary.

The unacceptable face of solidarity

In solidarity with Kerry-Anne and The Canary, an already active hashtag of #boycotttheguardian started trending. Having previously failed to remove Kerry-Anne democratically via the BMC, the NEC ultimately forced another vote claiming that the ‘boycott’ violated NUJ principles.

The attacks on Kerry-Anne and The Canary both preceded and are a cause of the solidarity ‘boycott’ call. That the NEC would then use this call for solidarity to then retroactively blackball Kerry-Anne, whose speech was due to have already gone ahead on 11 October, is beyond the pale.

In short, attacking and smearing Kerry-Anne and The Canary is acceptable in the eyes of the NUJ’s NEC. But Kerry-Anne’s failure to openly oppose the solidarity boycott, which she had no hand in initiating, and her choice to retweet the hashtag, is apparently a violation of the NUJ’s rules. Ironically, the NEC’s complaint is that the boycott threatened the livelihoods of NUJ members. But smear campaigns also threaten the livelihoods of The Canary’s contributing journalists, many of whom are NUJ members (Kerry-Anne included).

** UPDATE Kerry-Anne Mendoza gave the inaugural address of the Alternative Claudia Jones Memorial Lecture on 29 October 2018 at the Sands Films Studio in London.

– Sign the letter of solidarity and share it with anyone who you think may consider signing it as well.

– Read the background to this story here and here.

– Support us, and keep independent journalism at The Canary available for all.