Don't let the media fool you. Chris Williamson got a big win in the High Court today. - The Canary 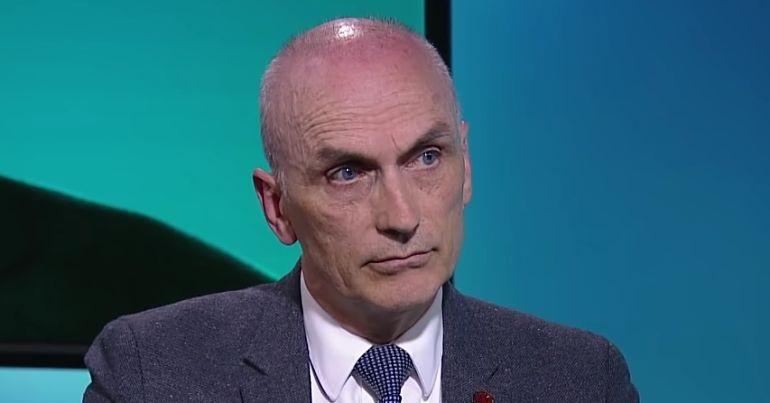 After being suspended not once but twice from the Labour Party, Chris Williamson has had his day in court. And the anti-apartheid MP was vindicated, as the judge ruled the party’s initial re-suspension of the MP was unlawful.

That’s not, however, the way the mainstream press is making it sound.

The party first suspended Williamson in February, over comments he made about its handling of complaints about alleged antisemitism. The party readmitted the MP on 26 June after he submitted evidence to the National Executive Committee (NEC). Then followed a furious backlash from some Labour MPs, and the party removed the whip from him again on 28 June. Another suspension came on 3 September, over separate claims of misconduct.

Williamson took action in the courts against his suspension. And on 10 October, the verdict came in:

The battle is won. The war rages on.

The High Court has today judged that the Labour Party acted unlawfully in re-suspending me on 28 June, and "that there was no proper reason" for doing so.

I'm glad the 're-suspension' has been quashed. However, I'm currently suspended. 1/8

The judge didn’t consider the party to be acting “unfairly or other than in good faith” in regards to the September suspension and thus ‘refused relief’, saying:

The new disciplinary case must run its course.

So Williamson remains suspended from the party due to those allegations. But the judge did find the two previous suspensions to be unfair – humiliatingly so for the Labour Party.

Williamson has responded to the judgement. In a statement, he said:

Today, Mr Justice Pepperall has handed down his judgment relating to my illegitimate re-suspension from the Labour Party on June 28th, and it is a clear victory for justice and due process.

I never wanted to take legal action against my own party.

I’ve been a proud and loyal Labour Party member for nearly 44 years. However, today’s judgment has proven that the party’s disciplinary processes are unfair, unfit for purpose, and subject to external manipulation by forces hostile to Jeremy Corbyn’s leadership.

In fact, the party’s decision was so unfair as to be unlawful. And that’s why that suspension has been quashed, and all of the allegations presented in that suspension can no longer be pursued against me.

Williamson also had some choice words for the Labour Party “bureaucracy”:

The party bureaucracy has gone out of its way to pander to those who would be glad to see Labour’s demise.

As a consequence, they have victimised hundreds of lifelong members – loyal supporters of Jeremy Corbyn and his leadership. And they have suspended and expelled many without due process.

It is untenable for the Labour Party bureaucracy to shroud itself in the anti-racist credentials that some of us earned on the streets, while it systematically expels and suspends the most consistent and credible anti-racist activists from this party.

On the September suspension, Williamson said:

A week prior to my court hearing, using every loophole in the book, the party bureaucracy issued me with a new suspension, based on a series of preposterous allegations that I answered fully and swiftly.

It is because of this that, despite winning today, I am currently suspended from the Labour Party.

The MP called for his suspension to “be lifted”, but said:

I will be focussing my energies, as we all should, on winning the next election. Because a Jeremy Corbyn-led Labour government could transform the lives of millions, by bringing about an irreversible shift in the balance of wealth power and income in our country.

During the course of these suspensions, Williamson has received support from many quarters. In July, a poll by LabourList found overwhelming support among the party’s grassroots for his reinstatement. That same month, over 100 members of the Jewish community, including Noam Chomsky and Norman Finkelstein, signed a letter of support for Williamson. In that letter, they addressed the reason for Labour’s initial suspension of the MP, writing:

In his statement, Williamson thanked such supporters, saying:

You are the living proof that ‘unity is strength’. With solidarity, we shall overcome. Thank you.

With that solidarity, Williamson has certainly overcome numerous attacks on him in this High Court judgement; even though Britain’s media is describing it as a loss.