If a devastating viral Fox News story is anything to go by, Donald Trump's political career is over - Canary 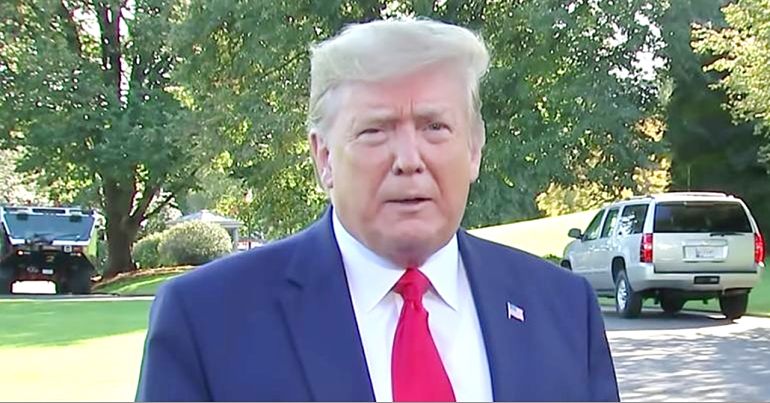 Fox News has generally always had Donald Trump’s back (the same cannot be said the other way round). That played well for Trump, as in 2016 the outlet was the main news source for around 40% of his voters.

Trump, however, just carried out the mother of all betrayals. He pulled US troops from Syria, where they were partnered with Kurdish-led forces. These fighters in northern Syria (aka Rojava) were instrumental in defeating Daesh (Isis/Isil). His action has left people in the region at the mercy of the brutal Turkish regime.

But US troops are not happy about the decision. And neither, it appears, is Fox News. Trump’s up for re-election in 2020. His political future does not look bright.

Fox News‘s national security correspondent Jennifer Griffin took to Twitter on 9 October. She detailed a conversation she had with one of the US special forces on the ground in Syria:

I just spoke to a distraught US Special Forces soldier who is among the 1000 or so US troops in Syria tonight who is serving alongside the SDF Kurdish forces. It was one of the hardest phone calls I have ever taken.

"I am ashamed for the first time in my career."

The US soldier’s account is devastating. He describes a people – the Kurds – who, despite facing “Turkish atrocities” thanks to Trump’s decision, are still “not abandoning” the US.

This American soldier told me the Kurds have not left their positions guarding the ISIS prisoners. In fact "they prevented a prison break last night without us."
"They are not abandoning our side (yet)."
The Kurds are "pleading for our support." We are doing "nothing."

He says they are “pleading for” US support, but it is doing “nothing”. Of the Kurdish-led Syrian Democratic Forces (SDF), he says:

The Kurds are as close to Western thinking in the Middle East as anyone.

The soldier also asserts that “This is not helping the ISIS fight”. In fact, he says Trump’s betrayal will mean “Many of them [Daesh] will be free in the coming days and weeks”.

This US Special Forces soldier wanted me to know: "The Kurds are sticking by us. No other partner I have ever dealt with would stand by us."
Disappointed in the decisions coming from their senior leaders.

In an article on the subject, Fox News‘s Benjamin Hall explained why:

The likelihood of ISIS prisoners escaping and setting up a resurgent terror network has been far stronger since Turkey launched its invasion. Some of these prison camps have been deep inside Syria, guarded by the SDF. With Turkey moves toward them, they likely will need to send more fighters north to protect themselves, leaving the ISIS camps under-guarded.

The mood at the Pentagon over Trump's Syria decision is "aghast, horrified, a story that can't be untold," Fox News' @JenGriffinFNC reports pic.twitter.com/LgU9pxA9YN

And reaction to her tweets regarding the experiences of the US soldier shows people in the Pentagon aren’t the only ones who are “aghast” and “horrified”:

I understand😥 I am hoping that the world does not believe we are like this. The actions of our president do not reflect the people of the United States.

All of this is just gutting. Thank you for reporting on this. I wish there was a way to get word to the Kurds that most of the US doesn’t want this to happen to them.

This falls not only on Trump, who is seriously unfit for the office he holds, but on all GOP members of congress who have enabled him and all of those in the WH admin who know what he is like and do/say nothing. Each of them is personally responsible for this slaughter.

As The Canary has previously detailed:

Rojava is a multi-ethnic but mostly Kurdish part of Syria. Since early on in Syria’s war, the region has led a green democratic revolution. Its system is feminist, socialist, and opposes all religious discrimination.

Yet Trump has abandoned the forces leading that revolution, who have been instrumental in fighting Daesh, to capitulate to the fascistic, authoritarian Turkish president Recep Tayyip Erdoğan.

Let’s hope the ire of those who helped Trump secure the presidency in 2016 continues and they treat him to a similar abandonment come the 2020 election.