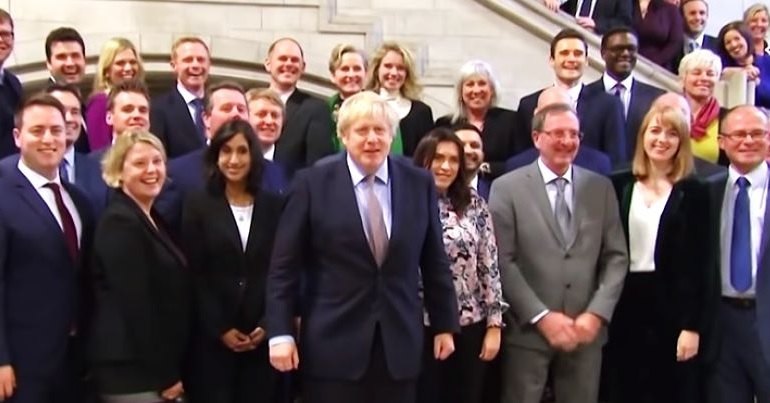 Boris Johnson is ploughing ahead with getting his Withdrawal Agreement for Brexit through parliament. So any voter who backed him for that can rest somewhat assured for now. But will Johnson give working people the continued rights he promised? Or the policies necessary to ensure the world is still safe and liveable for their kids and grandchildren?

In short, probably not. Because Johnson has already made an apparent u-turn on both of those things.

One main sticking point for Labour throughout the three years of Conservative-led negotiations on Brexit was the government’s resistance to committing to continued workers’ rights and environmental protections. Theresa May eventually conceded on these demands. Then Johnson came along and removed what Labour had secured from May in his Withdrawal Agreement. After a backlash, Downing Street put out a statement, saying:

We recognise that MPs want to see… hard won rights protected, not weakened by our departure from the EU and we are happy to ensure this is the case.

Both the public and parliamentarians should be in no doubt that as we leave the EU we will maintain and increase these protections both via the Withdrawal Agreement and future legislation.

This empty gesture is not worth the paper it’s written on. If Boris Johnson was committed to workers’ rights and environmental rights he wouldn’t have spent the last few weeks removing legally-binding commitments from the Withdrawal Agreement.

Now it appears it was indeed an “empty gesture”, as Johnson’s spokesperson has refused to confirm whether such protections will be included in the Withdrawal Agreement. The spokesperson said:

We will present a bill which will ensure we get Brexit done before the end of January. It will reflect the agreements made with the EU on our withdrawal.

To be clear, Johnson’s promise on workers’ rights and environmental protections wasn’t in “the [EU] agreements”. He made it after he’d reached that agreement with the bloc. So, in answer to the question of whether UK citizens will retain these standards in the future, the spokesperson’s comments probably translate as: No.

The suspected u-turn by Johnson shouldn’t come as a surprise, though. Back in October, the Financial Times revealed a leaked Brexit paper that suggested the government was looking to reform these protections after Brexit.

The paper, which was drafted by the government’s Brexit department DexEU and contained “input” from Downing Street, said the post-Brexit drafting of commitments on workers’ rights and environmental protections “leaves room for interpretation”. It also suggested the UK planned to ‘interpret’ any Level Playing Field (LPF) commitments – where involved parties agree to comparable standards – made in a future EU trade deal ‘very differently’ to its European counterparts. As the BBC‘s Faisal Islam pointed out at the time:

The memo shows that within Whitehall, weakening these provisions was a key part of the renegotiation.

But not abiding by real LPF commitments is likely to be a deal breaker for the EU. Officials have already said that a tariff-free deal will be dependent on agreement on the UK government signing up to keeping comparable standards on workers’ rights and environmental protections.

So all those working class voters who backed Johnson may well get a withdrawal from the EU by January 2020, and a full departure from the bloc by December 2020. But there could also be a tariff-full, rather than tariff-free, deal, which raises prices and costs jobs. And we could see dramatic changes to rights at work such as holiday pay, sick pay, protection against discrimination, working hours, and break allowances.

Meanwhile, amid a climate crisis, we might see a return to the UK being the “Dirty man of Europe” – its nickname in the 1980s – if the government rips up standards on air, water, waste, and nature.