The Covid-19 crisis is killing women. But it's not the virus doing it. - Canary 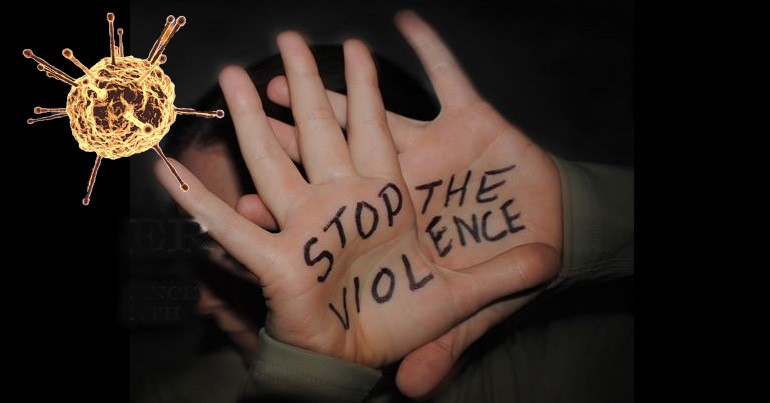 Many countries around the world have put social distancing and isolation measures in place. This is because of the coronavirus pandemic. China was one of the first countries to do this. It reportedly put 760 million people in isolation, confining them to their homes. The Italian government called in the army to enforce its citizens’ isolation. France and Spain are both on lockdown. But a side effect of this has been an upsurge in women reporting domestic violence.

The campaign group Women’s Lives Matter Yorkshire has been active for several years. It has been campaigning over cuts and changes to domestic violence services. But now, it’s growing increasingly concerned about the implications of coronavirus.

There is a hidden crisis across the globe that is killing women in their masses. It’s not coronavirus, it’s domestic violence.

As we entered 2020 the number of women murdered every week by a partner or ex-partner in the UK rose to 3. We know that on top of this 3 women a week kill themselves to escape abuse. For women needing to self isolate who are going through domestic violence, it’s a double whammy. Domestic violence perpetrators use many tactics to control and isolate victims from support mechanisms. And now, around the globe, coronavirus is being used as another tool.

The reported figures from various countries show an increase in domestic violence. For example:

In the US, as NBC reported, concerns are growing. It heard from the chief executive of one domestic violence charity who said:

But Women’s Lives Matter Yorkshire is also really concerned about the situation in the UK.

Cousens and Harrison told The Canary:

As coronavirus forces us indoors in the UK, women and all victims of domestic violence are at risk.

This is on top of a funding crisis within our domestic violence services and refuges. In January of this year it was released that two-thirds of referrals to domestic violence refuges are rejected. They are over run and over stretched with a lack of secure funding. We do not have enough beds as it is. If the government does not act on the demands in our petition then we know that more women’s lives will be lost. It was once said that a society can be judged by… [the] way it treats women, will our government ensure our lives matter?

As the charity Refuge reported, in the UK:

Given the global reports, it is likely the increase in domestic violence due to coronavirus will be seen in the UK. But so far, the government has done nothing to support domestic violence victims and survivors during the pandemic.

So, Women’s Lives Matter Yorkshire is urging it to act.

It has launched a petition. It’s calling on the government to put in place emergency measures to protect victims of domestic abuse. The group is calling for:

But will the UK government act?

Cousens and Harrison summed up the situation:

The government has shown in its measures to safeguard business that there is money available. We need this money to properly fund refuges.

Over recent years, domestic violence victims and survivors have seen support eroded thanks to austerity. With successive governments cutting millions of pounds from domestic violence services, there is now a perfect storm brewing for countless women. The government needs to act, and quickly. Ideally before there are more deaths caused by coronavirus; ones that aren’t directly due to Covid-19 itself.