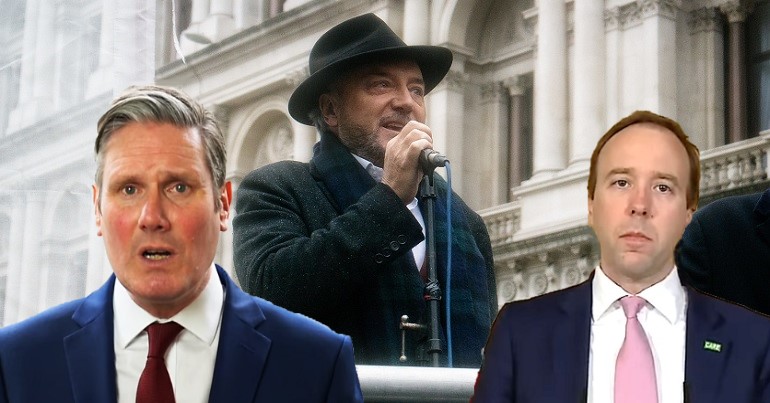 The news from the Batley and Spen by-election held on 1 July is that the Labour Party held the seat. But when you remove the Westminster bubble chatter about the ‘who’s, where’s and why’s’, there’s only one story to emerge from the election. It’s one that no-one’s talking about. And it’s not about George Galloway, Keir Starmer, or Matt Hancock.

Batley and Spen: the result is in

Labour previously held the seat in the 2019 general election, and has done so since 1997. Its previous MP Tracy Brabin was elected West Yorkshire mayor in May. This caused the by-election. So, the vote on 1 July was seen as a test of Starmer. As Newsnight‘s Lewis Goodall tweeted, the result was close:

But it was New Statesman editor George Eaton who summed up the detached, Westminster bubble chatter the best. He called Galloway’s defeat an “unambiguous positive for British democracy”:

The defeat of George Galloway is an unambiguous positive for British democracy. https://t.co/LANwTaxuuG

If you happened to be one of around 41,500 people in Batley and Spen – you might be wondering what all these people are going on about. Because that’s the number of people that didn’t vote on 1 July. And that’s the real story of this by-election.

Once more, voter disenfranchisement has haunted another English exercise in so-called democracy. The by-elections in 2018-19 tended to get lower turnouts than general elections – anything between 37-59%. So, Batley and Spen sat in the middle of these figures. As The Canary wrote about the Hartlepool by-election in May, the majority went to the ‘Didn’t Vote’ party. As we also noted, based on election data it was highly likely that in Hartlepool a large proportion of non-voters were the poorest people:

over 11,500 of the poorest people in Hartlepool probably didn’t vote. When looked at in those terms, that’s at least 11,500 poor voters Labour failed to convince. Based on recent data, most of these people would be living in poverty.

It’s likely to be a similar story in Batley and Spen, where in the past the child poverty rate has been above the national average. Both Hartlepool and probably Batley and Spen also show the decades-long decline in the poorest people voting Labour; a trend which continued under Jeremy Corbyn.

But ultimately, it shows the crisis in English democracy. Both the low turnout and Galloway’s result show the same thing. As The Canary previously wrote:

The poorest people know the system doesn’t work for them. They also know that the system is under strain – they see it in their everyday lives.

This disillusionment sometimes manifests in votes for alternatives like the Worker’s Party. But most of the time, it shows in poor people not seeing the point in voting. Given our not fit for purpose First Past The Post voting system, they’d be right. Moreover, given much of the Westminster bubble’s flat-out ignoring of poor people’s democratic disenfranchisement, they certainly have no reason to vote in the future.