As the Greens enter government, they'll need to get serious about fossil fuels - Canary 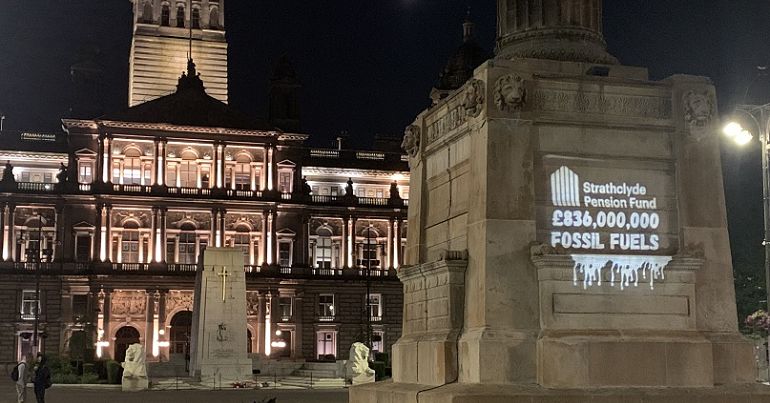 The Scottish Greens have just made history. Because on Saturday 28 August, they became the first Green Party in the UK to enter government. The party has already agreed a policy programme with the SNP – it’s called Working Together to Build a Greener, Fairer, Independent Scotland. And it has a plan for dealing with the climate emergency.

Naturally, the Green Party will hope to effect positive change on the environment. It’ll also have an eye on this November’s COP26 UN climate summit. Especially as it wants the Scottish government to commit to “international climate justice” ahead of that summit.

But another environmental matter in Scotland also needs serious attention. That’s the matter of the Strathclyde Pension Fund (SPF), the joint largest local government fund in the UK. And the SPF, run on behalf of 250,000 fund members in Glasgow and the West of Scotland, continues to invest in fossil fuels.

Divestment from the pension fund?

The extraction, processing, and use of fossil fuels – such as coal, oil, and natural gas – contributes to the climate emergency. And because of this, as The Canary reported in June, the SPF’s committee decided to no longer invest in companies that don’t meet environmental standards. This followed pressure from Glasgow City Council, the fund’s largest employer member.

At the time, environmental campaign group Friends of the Earth Scotland (FOE Scotland) told The Canary that it wanted to know the standards of divestment SPF would use as well as the expected timeframe. Then on 27 August, FOE Scotland revealed the scale of the problem. It estimates that the SPF invests £836m in fossil fuel companies.

FOE Scotland’s research showed that the SPF invested in oil companies such as BP and Shell. Shell owns 30% of the controversial, planned new Cambo oil field. This is north-west of the Shetland Island off Scotland’s north coast.

This meeting in September will follow on from a Glasgow City Council motion in April which requested a commitment to divest from fossil fuels ahead of COP26.

If the Strathclyde Pension Fund is going to follow through with a commitment to divest from climate-wrecking companies then it must take responsibility for these indirect investments as well, otherwise the climate criminals will be able to carry on with business as usual and undermine global climate efforts. As COP26 fast approaches, Glasgow City Council must show climate leadership and take decisive action to make sure divestment from fossil fuels happens in a rapid and orderly way.

And Ric Lander from Friends of the Earth Scotland said:

On 8th September city councillors have the opportunity to actually divest from fossil polluters. We are watching. With world leaders booking their hotels for November’s UN climate talks, this is the last moment for Glasgow City Council to be bold and do the right thing. In 2021 Scotland can leave fossil polluters behind on our way to a just transition to a sustainable future.

Greens in government should mean something

While the controversy around the SPF isn’t a matter directly for the Scottish government, it’s happening in the city that’ll host the upcoming climate summit. And it should be dealt with not just because of the optics, but because of the damage investment in fossil fuels does to our planet.

So if a Green Party in government is to have any real meaning, it should follow through on its programme to tackle the climate emergency and ensure climate justice. And it should use its influence to effect that change all over Scotland.