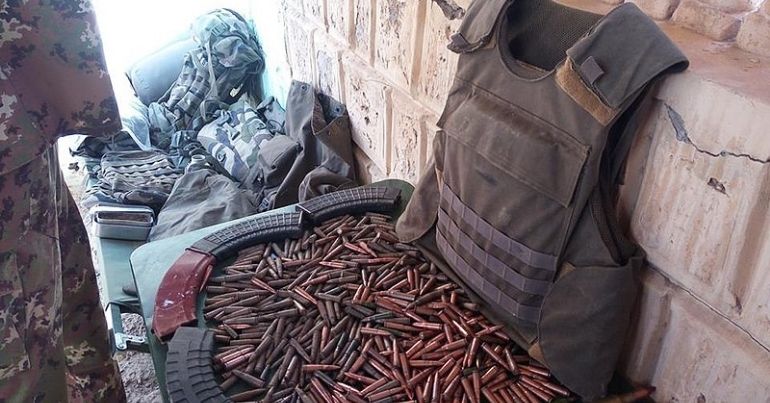 The UK’s minister for Africa has condemned talks between the Malian government and a Russian mercenary firm. In a statement, Vicky Ford said the Wagner Group was “a driver of conflict”. She added that one of the organisation’s key funders, Yevgeniy Viktorovich Prigozhin, is subject to sanctions for his past actions. But the whole thing smacks of hypocrisy.

The UK is deeply concerned by consultations between the Malian government and the organisation known as the Wagner Group, in which Yevgeniy Viktorovich Prigozhin holds a position of responsibility. Prighozin is subject to UK sanctions for significant foreign mercenary activity in Libya and multiple breaches of the UN arms embargo.

The Wagner Group is a driver of conflict and capitalises on instability for its own interests, as we have seen in other countries affected by conflict such as Libya and the Central African Republic.

She made no mention of the UK’s own private military industry, which according to 2018 estimates makes £50m a year just from government contracts.

The UK currently has troops deployed to Mali in a UN role. As The Canary reported in January 2021:

The conflict in Mali has been ongoing since 2012 with the French – a former colonial ruler – intervening militarily in 2013. As of December 2020, 47 French soldiers had been killed. It is a perilously complex situation that began with a northern Malian separatist movement – including jihadist allies – opposing the central government based in Bamako, southern Mali. Coups occurred in 2012 and 2020.

But there’s a problem with Ford’s analysis. Russian mercenaries are certainly no angels, but the UK is hardly one to talk. Because the instability in Mali has been directly fuelled by the NATO war in Libya. That war resulted in weapons looted from Muammar Gaddafi’s armouries flooding south and into Mali.

And to say the Wagner Group drives conflict is to ignore the UK role, to take just one example, in Afghanistan. Afghanistan’s brutal 20 year US/UK occupation collapsed just weeks ago.

Ford had more to say about the Wagner Group. She warned:

Wagner has committed human rights abuses, undermined the work of international peacekeepers, and sought control of mineral resources, to the detriment of local citizens and their economy. Wagner does not offer long-term security answers in Africa.

She added that the UK thought the Malian government should “reconsider their engagement with Wagner in light of the implications that any deal would have on stability within its own borders and the wider region”.

Once again, the UK’s involvement in Iraq went unacknowledged. The UK itself sought to control natural resources – critically, Iraqi oil, as journalist and scholar Nafeez Ahmed wrote in 2014.

And the UK’s billions in arms sales to Saudi Arabia? Not a single mention. Despite their obvious impact on stability in places like Yemen.

Clearly these mercenaries are a violent tool of Russian foreign policy. Nevertheless, the idea that UK foreign policy is somehow morally better is simply deluded.

Recent polls show that most Europeans believe there is a new Cold War underway between China and Russia and the West. The fear must be that the new Cold War, like the old one, will not be cold at all. At least not in the Global South. And, once again, the primary victims will be the people who live there.