It's time to root out racism, misogyny and homophobia in the trade union movement - Canary 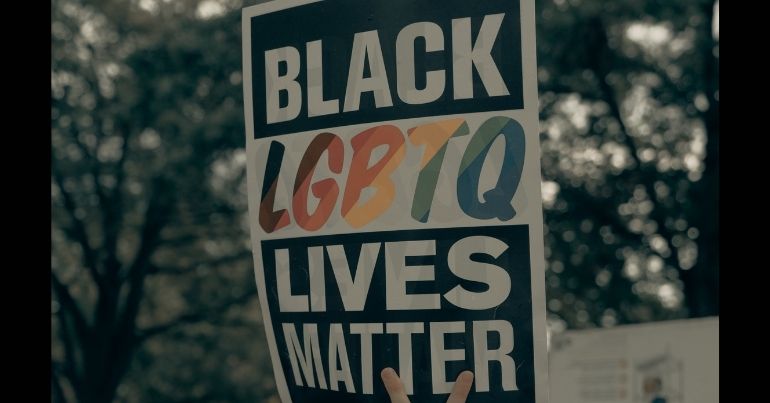 Former National Education Union (NEU) Policy Specialist (LGBT+ and Race Equality) Camille Kumar has resigned from her role due to her experiences of discrimination on the grounds of her race, gender, and sexuality within the union.

In January, Kumar resigned from her NEU role on the grounds that the union subjected her to interpersonal and institutional racist, sexist, and homophobic discrimination.

Upon returning to work from maternity leave, Kumar noticed that her work was being “discounted, side-lined and undervalued”. Speaking to her “demoralising” experience of “deskilling and gaslighting”, she explained:

Every single piece of work I was directed to undertake during my pregnancy has not been used and some that were initially published on the website have since been removed or superseded by work commissioned by (white male) consultants.

She adds that her work – such as extensive LGBTQ+ inclusion guidance for schools – was replaced by less radical work by white colleagues. The union removed other pieces of Kumar’s work from the NEU’s website while she was away without consulting her.

This reflects the pregnancy and maternity discrimination that many working people still encounter when they decide to start a family. But also the ways in which white voices are often prioritised in workplaces and social justice movements, while racially minoritised women are often overlooked and undervalued.

In an email explaining her resignation to comrades within the union she said:

I have been increasingly disheartened by the NEU’s cynical approach to the BLM movement – releasing multiple statements in support of BLM but in practice actively shutting down Black workers’ activism.

I raised these issues among others with my line manager and AGS [assistant general secretary] and have been met with denial, incomplete truths and obfuscation. When I expressed my feelings of confusion, hurt and upset I was accused of being ‘aggressive’, a word too often used to describe women of colour in the workplace.

Indeed, this is a racist, misogynistic stereotype frequently used to silence and marginalise assertive Black women.

A spokesperson from the NEU told The Canary:

The NEU takes all complaints of discrimination seriously. The particular issues raised by this ex-member of staff are currently under investigation in accordance with agreed confidential processes so it would not be appropriate to comment further.

A wider issue within the union

As reported by The Canary in November 2021, Black NEU members spoke out about “feeling let down by the Union in race discrimination cases“. In an open letter expressing solidarity with Kumar, the Black Educators Alliance said:

Just like the projects that Camille worked on, Black member led projects, such as Decolonising the Curriculum, were discontinued without the consultation of Black members. Motions presented to and passed at the Union’s Annual Conference by Black members are routinely dismissed.

In April 2021, NEU members voted in favour of a campaign for a moratorium – a temporary legal ban – on school exclusions to give vulnerable and marginalised children returning to school a chance to adjust to the ‘new normal’. Despite the campaign’s success, union leaders have yet to commit to the vote’s result.

In their open letter, the alliance added:

Decisions on issues affecting Black members are made by senior white NEU staff without any comradery to Black members. It is a most condescending act of betrayal that we continue to endure over and over again in both our careers and within our union activism.

A spokesperson from the NEU told The Canary:

The National Education Union takes its commitment to bringing about positive change for race equality and LGBT+ equality seriously and works actively to ensure this is achieved. The NEU works with external organisations on equality issues as well as producing our own materials for use in schools and colleges. Training sessions for members and union staff are also regularly undertaken.

But the NEU isn’t the only union at fault. In February, UNISON’s National Officer of Race Equality Margaret Greer launched a claim against the union on the grounds that she has ‘been subjected to race discrimination and victimisation‘.

Greer has been an active anti-racist trade unionist for 34 years. She alleges that despite her longstanding commitment to the movement, UNISON deemed her ineligible to be considered for the position of general secretary due to a rule which demands that applicants have 5 years’ “continuous” membership or employment in the run up to their candidacy.

In January, an employment judge stated that the rule could be interpreted to either reflect the union’s interpretation, or Greer’s understanding ‘that a person needs to have at least 5 years’ membership’. Greer adds that there is “no reference to the term “continuous” in the rules in relation to membership”.

The Union has tried to use all its muscle to strike out certain aspects of my claim, including my allegation that I was eligible for elections; however, they have been unsuccessful with this.

Calling for institutional change, she said:

Greer is raising funds to cover the cost of her legal battle. The main hearing is due to take place in June and July 2022.

These are not isolated incidents. A 2019 survey commissioned by the Trade Union Congress (TUC) on racism in the workplace suggested that racism remained widespread within the movement.

Many respondents reported experiences of racism from trade union members and officials. Others highlighted incidents of members, managers and employers working together to cover up racism in the workplace.

Further, as reported by the report’s co-author Stephen Ashe:

a considerable number of people reported that trade union officers were reluctant to get involved in incidents where the perpetrator(s) was also a trade union member(s), as well as being indifferent towards, if not dismissive of, participant’s experiences of workplace racism.

These responses reflect Kumar’s experience, and demonstrate the extent to which interpersonal and institutional racism operates within the trade union movement. TUC’s report shows that despite campaigns to address entrenched inequalities in other workplaces, the trade union movement is yet to confront its own institutionalised racism and other forms of discrimination.

The Black Educators Alliance is hosting a fringe event at the NEU’s national conference in April. Here, they intend to address institutional racism within the union as well as the education system at large.

The alliance is urging supporters to sign its open letter calling on the NEU “to nourish and maintain a positive working environment” for Black, LGBTQ+ and female staff and members. The group’s demands include the establishment of an anti-racist working group to address structural and interpersonal racism at the NEU, and greater oversight for equalities seat holders.

They are also calling for the provision of specialist support for victims of discrimination. And a formal investigation into racism, misogyny and homophobia at the NEU led by an independent barrister.

If the trade union movement truly seeks to protect and further the rights of all working-class people, it must take urgent action to address and root out all forms of discrimination in its ranks.