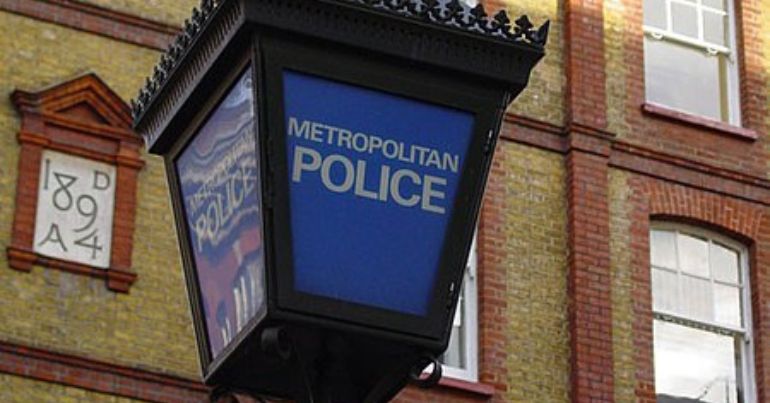 Disclosures in the Chris Kaba case cast new light on the latest police killing of a young Black man. Kaba was shot dead by Metropolitan police officers in September. Kaba, who was 24, was about to become a father.

Some, including the right-wing press, had claimed the killing followed a vehicle pursuit in Streatham, south London. But the Independent Office for Police Conduct (IOPC) has shed more light on this.

An inquest into the killing was told by an IOPC investigator:

Officers continued to follow the Audi until 10.07pm. The officers did not activate their lights or sirens.

Outside the hearing a member of the Kaba family told reporters:.

The family is pleased that, in this statement, the IOPC made public some of its initial findings about what happened that night. Every new fact is a step towards justice for Chris.

The inquest also heard that the officer who fired a single shot through the windscreen of Kaba’s car was currently suspended while investigations took place. The officer is named only as NX121.

We need answers. Not just this family, but the whole of London – the whole of the country – needs to know how something like this could occur? How can a young man, sitting in a car, unarmed, be shot in the head by police in London in 2022? This should never have happened. It must never happen again. We must never accept this as normal. Someone must be held accountable.”

The Kaba case, which was largely drowned out in the mainstream media by the Queen’s death, led to outpourings of grief and even a protest in central London which was bizarrely conflated with the royal mourning period.

Commentators echoed the Kaba family’s calls for justice. Some pointed out the parallels with other high profile police killings, including those where police claims were later found to be untrue:

‘Deji Omishore armed with a screwdriver’ – confirmed as untrue

Chris Kaba…let me cut to the chase. The Met Police do not have our trust. This is true

Another emphasised that there had not been a car chase, as had been reported, before the shooting took place:

Chris Kaba shot to death by a police officer update: New IOPC statement ‘The officers did not activate their lights or sirens while following the vehicle. The intention was to use an ‘enforced stop extraction’ on the Audi’ It suggest Mr Kaba was not in a police chase @itvlondon pic.twitter.com/TlSdC46hOJ

The UK branch of Black Lives Matter also demanded justice for Chris Kaba and his family:

🧵It's one month since Chris Kaba was shot dead by the police.

His family continues to demand answers and recent inquiries have shed light on some of the events leading up to his death.

This new information comes as the most senior Met officer pledged to root out racism and other forms of prejudice in the force. It follows a scandal centred on officers sharing racist memes in a Whatsapp group.

I will be ruthless in rooting out those corrupting officers and staff, including racists and misogynists, from our organisation.

As the Canary has reported, many of past inquiries into police violence have produced recommendations.

The 1981 Scarman Report; the 1999 MacPherson Report; the 2013 Adebowale Report; the 2014 Young Review; the 2017 Angiolini Report; and the 2017 Lammy Review have all set out actionable recommendations on how the police and the criminal justice system can cause less harm and devastation.

But these are generally not adopted:

But they have failed to meaningfully implement the majority of the recommendations. The police themselves have demonstrated that it is impossible to reform an inherently oppressive and destructive institution.

This is just the latest high profile killing of a Black person by the Met Police. Given that recent studies have found that the police are up to four times more likely to use force on Black people, it can come as no surprise that some of these incidents result in fatalities.

Chris Kaba is just the latest victim. There have been many others over the years. Police violence against Black people is an endemic and enduring issue, and one where glacial promised reforms and mealy-mouthed pledges cannot begin to address.