As the government’s flagship millennial railcard runs out of steam, its train plans are in tatters - Canary 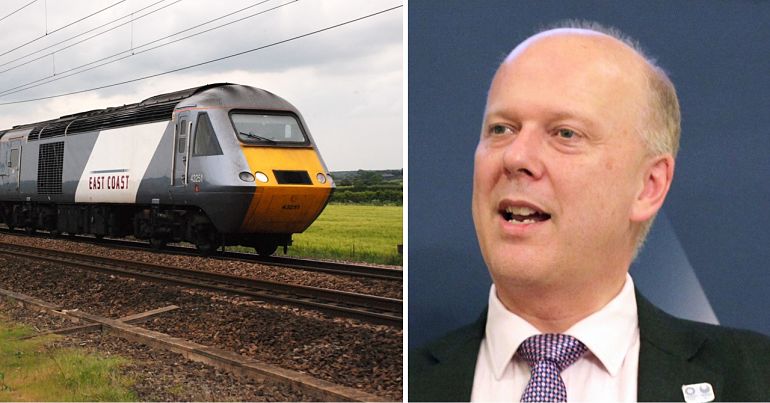 The government’s plans to get more people using the railways are in trouble. Transport secretary Chris Grayling has announced that the East Coast line will return to government control after a troubled spell under a Stagecoach / Virgin consortium. There are also reports that the much-vaunted millennial railcard could be quietly dropped.

Chancellor Philip Hammond announced the railcard for 26-to-30-year-olds in his November 2017 budget. He said it would give “4.5 million more young people a third off their rail fares”. This was seen as an attempt to woo younger voters. According to the Railcard website, “A key commitment in the rail industry’s long-term plan to change and improve is to boost communities by enabling more people to travel by train”.

However, the launch of the millennial railcard was a trial run of just 10,000. On launch day, the website crashed and angry customers blasted the process as “a shambles”.

Now there are questions over whether the scheme will even continue. iNews reported on 15 May, that the national rollout “has been kicked into the long grass”. It quoted a Treasury source saying: “No-one wants to pay for it”. With details of funding for the scheme still unclear, it seems that no government department wants to pick up the bill. “It would set a bad precedent”, said another source. However, a Treasury spokesperson has told HuffPost UK: “Following the enthusiastic response to the first wave of railcards, we are working with the industry to expand the scheme nationwide”. The spokesperson said the Treasury “does not accept there’s been any kind of halting”.

On 16 May, Grayling made the expected announcement that the East Coast line would come back under the control of the government. The line will get a ‘new’ name, causing some excitement:

The LNER brand is BACK baby…. rail geeks everywhere will be salivating at the relaunch of that iconic brand. pic.twitter.com/3pK1ykO5XI

But rather than pursuing the popular option of outright nationalisation, the Department for Transport will reportedly “run the service until a new public-private partnership can be appointed in 2020”. This worries Mick Whelan, the general secretary of train drivers’ union ASLEF. He welcomed the move, while pointing out: “This is the third time in ten years that a private company has messed up on the East Coast main line. When it was run in the public sector, it returned more than £1 billion to the Treasury”.

It’s only sad that Tory dogma – wedded to the failed model of privatisation – means they will return this line to the private sector, doubtless to fail again. And when Failing Grayling talks about vertical integration, he’s right. Bringing the wheels and steel back together is the best option. But only under a publicly owned operator, not a private, profit-making company, more interested in dividends than safety. We only have to look at Railtrack to see the horrific consequences this can have.