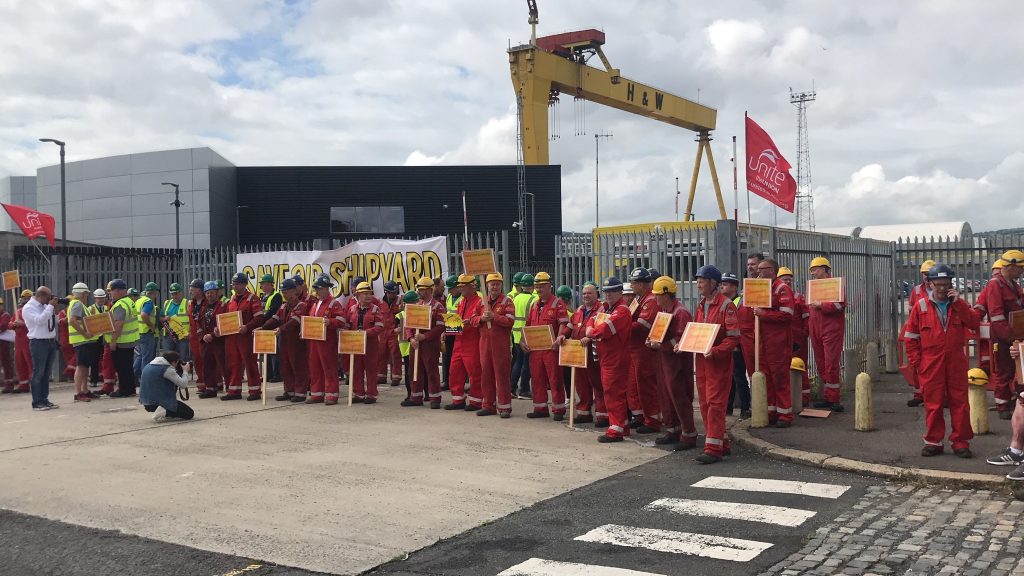 An additional five days has been made available to save an under-threat Belfast shipyard following the delay of a visit by administrators.

Harland and Wolff staff have been protesting at the main gate to the historic shipyard, where the ill-fated liner Titanic was built, since Monday afternoon.

Administrators were due to visit on Wednesday if no other solution had been found to save it.

However, shipyard worker Paul Beattie told a rally at the gates that management of the company had told him the visit of the administrators has been put back to next Monday.

He thanked the crowds of workers, union members and shipyard supporters for their backing, claiming the public pressure had helped “stave off” the visit of the administrators.

Workers have maintained a demonstration at the gates of Harland and Wolff since Monday afternoon.

They have called for the government to nationalise the shipyard.

In a statement on Tuesday, the UK Government said the crisis at the shipyard is “ultimately a commercial issue”.

The Harland and Wolff yard, which helped define the city’s industrial past, has been up for sale amid serious financial problems at its Norwegian parent company.

The yard employs around 130 people and works on wind energy and marine engineering projects.

Its two huge cranes dominate the east Belfast skyline but its peak period as an employment powerhouse was during the Second World War.

The last ship built there was the Anvil Point in 2003.