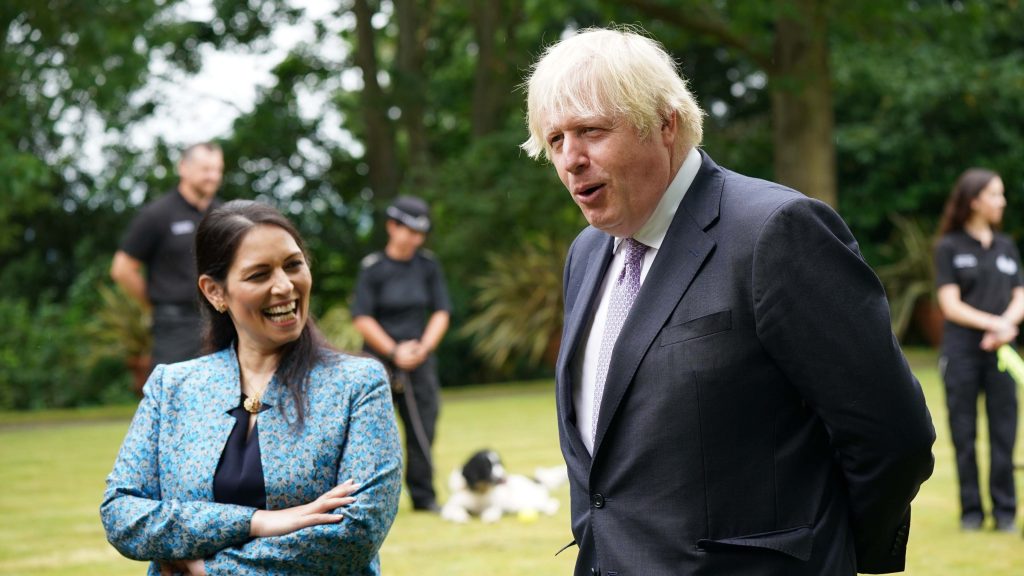 Boris Johnson has been criticised for making a “disgusting” joke that the UK could become the “the Saudi Arabia of penal policy” under home secretary Priti Patel.

Opposition politicians said that the prime minister had reached a “new low” after footage emerged of the comments made at a Conservative Party fundraiser last week. Critics argued that the joke was in bad taste because Saudi Arabia has one of the world’s most extreme punitive regimes, including capital punishment by beheading:

Hard these days to be shocked by the callous remarks of Boris ‘let the bodies pile high’ Johnson but this latest revelation marks a new low even for him. He may admire his pals in the Saudi dictatorship but with this kind of humour the joke is on all of us. https://t.co/0FWvUIpbqa

Homosexuality is illegal in the Gulf state and can be punished by the death penalty and inhumane sentences such as whippings and chemical castration. Business Insider, which obtained the video, said Johnson made the ‘gag’ in front of some 300 attendees at the InterContinental London Park Lane hotel in Mayfair.

Kicking off his speech, Johnson said:

In the immortal words of Priti Patel or Michael Howard or some other hardline home secretary, addressing the inmates of one of our larger prisons: it’s fantastic to see so many of you here.

Johnson went on to tee up the offending joke by discussing the UK’s work on renewable energy. To laughter from the audience, he said:

In 2011, Patel told BBC’s Question Time programme that she would “support the reintroduction of capital punishment to serve as a deterrent” to “murderers and rapists”.

But she later insisted she no longer supports the death penalty after first entering the Cabinet.

Saudi Arabia beheads its own citizens, tortures activists exercising their democratic rights and kills homosexuals. This is disgusting.

As ever with Boris Johnson behind closed doors the masks slips and we see what he really thinks.

In July, a journalist at Politico reported Johnson making a similar joke about Saudi Arabia during a call with business leaders, but was told by Downing Street the suggestion was “total bollocks”.

Following a string of controversies, Patel is widely tipped to be sacked as Home Secretary in the next reshuffle, which has been announced for Wednesday 15 September.