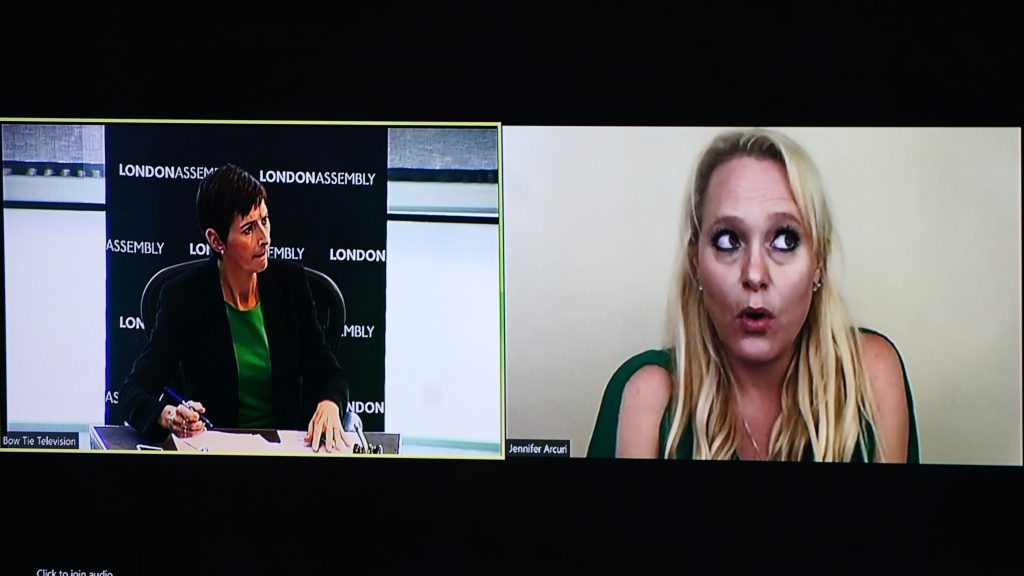 Jennifer Arcuri has agreed to hand over her diaries to investigators, according to reports. It’s a move which could prompt a fresh probe into Boris Johnson’s links to the American businesswoman.

The Observer reported that Arcuri had agreed to let the monitoring officer at the Greater London Authority (GLA) inspect parts of her diaries which detailed her dealings with the prime minister while he was mayor of London.

The GLA confirmed to the PA news agency that it had received a complaint from Labour’s deputy leader Angela Rayner. It came after some of Arcuri’s diary extracts were published by the newspaper last week.

The GLA’s monitoring officer has received a complaint from Angela Rayner MP relating to the conduct of Boris Johnson (when he was mayor of London and occupant of the mayor’s office for policing and crime) and has recorded it in line with the GLA’s procedures.

The monitoring officer is seeking further information in order to assess the complaint.

Arcuri’s links with Johnson came under public scrutiny last year. It was over allegations she received favourable treatment for her business ventures during his eight-year stint as mayor.

Arcuri alleged earlier this year in the Sunday Mirror that she and Johnson had a four-year affair when he was mayor. Johnson was married at the time to lawyer and author Marina Wheeler.

Johnson avoided a criminal investigation at the time. The Independent Office for Police Conduct found no evidence he had influenced the payment of thousands of pounds of public money to Arcuri, or secured her participation in foreign trade trips that he led.

The police watchdog only said it “would have been wise” for the former mayor to have declared their “close association” as a conflict of interest.

The GLA’s oversight committee is investigating whether Johnson conducted himself in a way that befits people in public office.

“We need a full investigation”

The Observer reported that Arcuri had now agreed to be interviewed for the first time, and share notes she made in her diaries of their telephone calls and conversations.

As mayor, Boris Johnson followed all the legal requirements in the Greater London Authority’s code of conduct at the time.

The Observer reported that Arcuri told the GLA:

I am prepared to show you or your investigators copies of the relevant pages.

Johnson has previously said his dealings with Arcuri were “with complete propriety”. He previously welcomed the IOPC findings, as he criticised the “vexatious claims” against him.

The GLA’s monitoring officer will now review the complaint. The officer will try to establish whether it’s a “serious complaint”, and therefore whether the IOPC should investigate it again.

If Boris Johnson made promises of support to Jennifer Arcuri because of his personal relationship with Ms Arcuri it is vital that the GLA refers this new evidence to the IOPC and that the IOPC reviews its decision to rule out a criminal investigation.

We need a full investigation into whether the processes behind the public funding for Ms Arcuri’s business and her presence on publicly-funded trade visits was the result of misconduct in public office by Boris Johnson.