Resisting capitalism to save our planet: a conversation with author Selma James - Canary 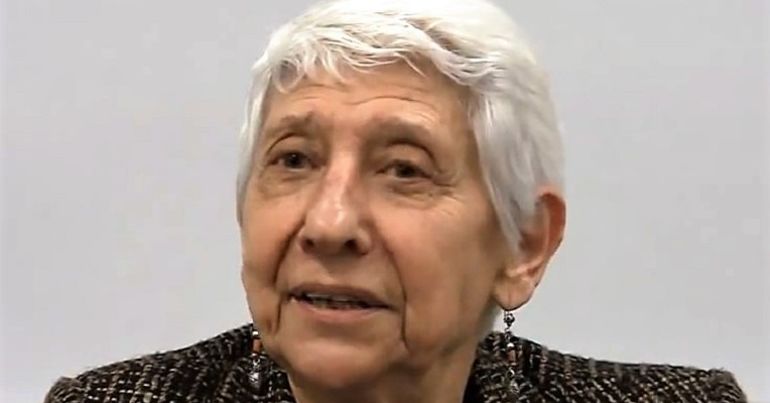 Selma James and others at the Global Women’s Strike (GWS) work with women farmers in Andhra Pradesh in India who are developing natural farming. Sara Callaway of GWS told The Canary this farming consists of:

Over 700,000 farmers, mostly women, growing crops in a natural, productive way, that if many others follow could stop global warming.

This work is, in some ways, representative of James’s campaigning – working with those who care for and provide food for our society. She explained how and why she started campaigning, the problem with hierarchy in the working class movement, and what farming in India could mean for the climate crisis.

When I rang James to discuss our interview, she could hardly contain her excitement. But of course, it had nothing to do with my phone call. She had just heard the news from India and cried enthusiastically:

We’re all excited because the farmers have won

James had kept a close eye on the farmers’ campaign. On 19 November, Indian prime minister Narendra Modi announced his government would repeal three farm laws it introduced in September 2020. Modi had claimed these laws would help farmers get a better price for their produce by selling to large corporations. However, Indian farmers opposed the laws. The farmers believed these laws would leave them at the mercy of corporations and actually get them lower prices.

In the 50s and 60s, James worked with her husband C.L.R. James in the Caribbean independence movement. Some might know her for campaigning for the “unwaged” work women do “on the land, in the home, and in the community”. She describes herself as:

an anti-capitalist organiser beginning with women

James said she joined the women’s movement in the early 1970s, when she was in her 40s. But, as she explains, her campaigning began much earlier:

I had always been part of the working class movement, I was born in it in the US… And I wanted to know what was women’s relation to capitalism… I saw that we were making all the workers of the world and that was really my starting point.

I had had the experience of being a full-time housewife and also doing the double day, [working] on the assembly line in [a] US factory. And I saw the housewives that I worked with and I had to work out what I knew and how it related to this.

She recalls a day when her son was just a young child and she was visiting a neighbour. This neighbour had her children’s clothes strewn across the front room. When James asked her what was going on, her neighbour replied she was getting ready to sell her child’s clothes. The neighbour told James:

I’m selling them. Because if I don’t have any money of my own I’m going to go mad!

That struck a chord with James, because she didn’t have any of her own money either. She felt that this was demeaning, considering how hard she was working in the home. As an internationalist, she wanted to know what women in other countries were doing. She said she believed:

Wherever laundry was being done women were doing it. Either by the side of a river or, if they were lucky enough, in a washing machine.

But it was the reproducing of the human race that we [women] were all engaged in. And that that was central to capitalism [yet] nobody thought we were doing anything.

She then put forward the idea of “wages for housework”. She thought this would give women the right to refuse low-paid work, and it would also acknowledge their work in the home. However, when she put this idea forward she experienced great “fury” and hostility from feminists and the left. She said she really didn’t understand it then and went on:

I have to tell you a secret… I still don’t understand it! Because they talk about women being institutionalised in the home – how institutionalised can you get if you have no money to get out? That’s my question.

You are institutionalised in a relationship which you can’t easily escape from. And women have gone out to work, first of all they need the money because now you need two wages for one family, but secondly they went out because that’s the only way to get that money. In a money society to be deprived is to be demeaned and neglected.

Hierarchy in the working class movement

James says when she was growing up, the strength of the movement was that “we” (working class people) stood together. But, according to James, there are differences amongst us. That’s to be expected and it doesn’t mean we’re not part of the same class.

But what’s not to be expected, according to James, is that some working class people appear to have adopted a hierarchy, as exists in capitalism, to divide their own class. So while there are differences within the working class movement, it doesn’t justify adapting a capitalist hierarchy.

This is one of the many ideas James discusses in her book Our Time Is Now: Sex, Race, Class, and Caring for People and Planet. As a kind of first step, she believes “acknowledging the hierarchy enables unity”.

Tension doesn’t go away because “you wish it away”. Instead of wishing away the history of hierarchy and colonialism, James says we need to open it up and see what we need to change, so as not to repeat it and not to make relationships on the basis of a history “that we never chose to have”.

She believes, though, that we have made some progress on tackling this hierarchy.

The GWS supported the farmers’ protest in India. James said the proposed laws in India would have allowed large multinationals to take over the land and end food sovereignty. They could, according to James, “poison the soil” and force farmers to buy the seeds solely from them.

And in the course of that campaign, she said GWS discovered three quarters of a million women in Andhra Pradesh state in self help groups. These women had discovered “a new but old way of treating the soil”. This way used only natural aids, which gave them a better crop and nourishing food. James believes this could be significant. She adds:

Indigenous people have always rejected industrial farming and have always treated the soil with respect.

On the other hand:

capital really doesn’t have respect for life, it has respect for money but not for life. And the soil is a living thing on which our survival is dependent and yet capital treats it as a thing that it can impose on and this imposition is absolutely, completely capitalistic. They (capitalists) first consider what should be produced and how it should be produced and then they put you to work on their plan, on their terms of reference for their profit. You are a pawn in their game as Bob Dylan said.

Irish history provides a stark reminder of the intentions of capitalism. According to James:

The Irish famine is a really good example of the way they think and act. It’s not a one off it’s a role model for them. And we should look at it that way and we’ll understand our situation better.

Nor does she believe governments will do what’s necessary to save the planet:

they’re suicidally greedy. And they don’t care how many people in the non-industrial world get killed. They don’t care.

She believes it’s up to those of us who see the natural world as a living thing to play our part. Because that’s really what our planet depends on.