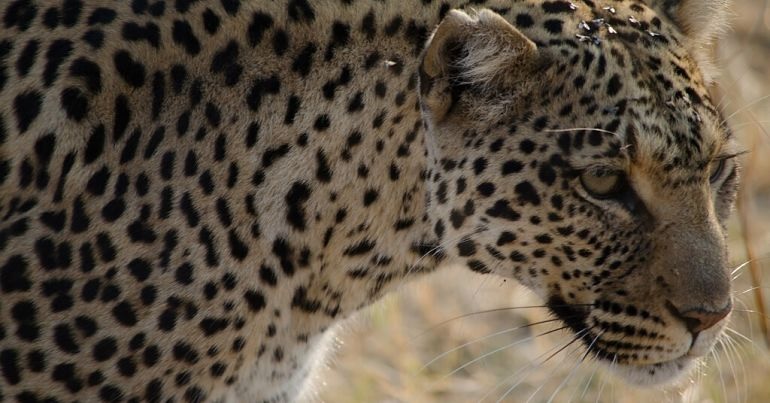 A number of concerns related to trophy hunting have come to the fore recently. South Africa has faced criticism for releasing killing quotas that lack scientific evidence to back them up. At the same time, the US authorities have come under fire for failing to take action against the trade, and the UK is dragging its feet over proposed legislation to limit the trade.

Pro-killing lobbyists, meanwhile, are on the charm offensive.

As the Daily Maverick‘s Don Pinnock recently reported, environmentalists have criticised officials in South Africa over hunting plans. In October, the Department of Forestry, Fisheries and the Environment announced its draft hunting and export quota for elephants, black rhinos and leopards. It gave the public a 30-day window to object to the plans. But it apparently offered no meaningful evidence regarding the scientific basis for the proposed killings. Such evidence would speak to the impact of the killings on the species’ populations. This is important as, according to International Union for Conservation of Nature (IUCN), black rhinos are critically endangered, elephants are endangered, and leopards are vulnerable.

The EMS Foundation called the process “procedurally unfair”, saying that the quota “contains no information in relation to how [it’s] been determined”. As such, the organisation argued that the draft plan offers no information “whatsoever to enable the public to meaningfully comment” on it.

The draft plan would potentially see 150 elephants, 10 leopards, and 10 black rhinos killed by trophy hunters. It comes after the same department recommended a “new deal” for wildlife in South Africa earlier in 2021. That deal promised to close the country’s captive lion industry, among other things.

Relatedly, the import of dead African leopard ‘trophies’ to the US is the focus of a recently launched legal action in the country. The Center for Biological Diversity (CBD), Humane Society International, and the Humane Society of the United States are behind the action. They are suing the US Fish and Wildlife Service (USFWS) for not imposing stricter conditions on hunters bringing leopards’ body parts into the country, in light of the species’ precarious position.

The groups say that the US accounted for over half of the global trade in leopard ‘trophies’ between 2014 and 2018. So they want the USFWS to use the Endangered Species Act to provide further protections for the species. The CBD’s international legal director Tanya Sanerib explained:

The Endangered Species Act’s full protections could ensure that the gruesome trophy trade doesn’t drive leopard decline. To defeat the extinction crisis, we need to use every weapon in our arsenal. But after trophy hunting was identified as a threat to African leopards, U.S. wildlife officials sat on their hands. The failure to help conserve these iconic cats is unacceptable.

Meanwhile, pro-trophy hunting lobbyists have recently taken action to pressure the US government. In defiance of voters’ wishes, Joe Biden’s predecessor Donald Trump opened up vast tracts of wildlife refuges to hunting and fishing. Now the hunting advocacy organisation Safari Club International (SCI) has launched a ‘no net loss’ campaign. It effectively demands that Biden commit to at least maintaining the levels of access to lands that hunters currently have.

The SCI Foundation, an arm of SCI, recently held its annual African Wildlife Consultative Forum in Botswana. At this event, hunting advocates liaise with governmental wildlife officials from African countries, amongst others. The journalist and author Adam Cruise has previously described the forum as “SCI persuading African governments… to adopt policies incorporating the conservation ‘benefits’ of trophy hunting”.

SCI has revealed that USFWS official Mary Cogliano attended the latest forum virtually. She confirmed that the department is processing a backlog of hundreds of import permit requests from US hunters for killing abroad. They include 126 applications for lions and 323 for elephants.

The IUCN classifies lions as vulnerable. Conservationists have raised concerns that this listing, however, doesn’t reflect the dire situation for lion populations. LionAid has calculated that there are potentially less than 10,000 wild lions left in Lion Conservation Units across Africa.

Pro-trophy hunting lobbyists claim that the practice is a form of conservation. Proponents argue that revenue from hunting benefits communities co-existing with wild animals and increases tolerance. However, some surveys and studies suggest funds don’t ‘trickle down’ to communities to any meaningful extent.

Overall, the pro-argument revolves around the doctrine that people will only conserve other animals if the latter are of ‘use’. But SCI’s own actions provide an illustration of how these concepts fail to stack up. Trump removed protections for wolves in 2020, which allowed trophy hunters to target them. SCI celebrated this as a major win. But in 2021, SCI lobbied against hunting fees going towards the reintroduction of wolves in Colorado. It argued that hunters should not “foot the bill for the high cost of premature wolf introduction”. Wolves in the US only occupy around 15% of their historic range.

There are deep concerns about the damage trophy hunting can and is doing to communities of wild animals, and the impact it’s having on their potential for long-term survival. As Pinnock pointed out, the numbers themselves tell “a startling story”. He highlighted that in South Africa alone between 2016 and 2019:

Numbers for the killing of threatened species – i.e. those at risk of disappearing – tell a similar story. In the book Trophy Leaks: Top Hunters & Industry Secrets Revealed, Eduardo Gonçalves asserted that:

In 2018, the most recent year for which full data is available, trophy hunters from 77 countries shot 35,000 animals from more than 150 threatened species. This equates to 100 supposedly protected animals every day.

The wolf massacres in the US, meanwhile, paint a particularly excessive picture. Earlier this year Wisconsin set a quota for hunters of 119 wolves over a week-long period. They killed 216 wolves in just 60 hours.

The scale of killing amid an extinction crisis has led to countries considering or implementing bans on the import of body parts attained through hunting. The UK is currently considering imposing such a ban. But, as it’s done in the past, the government is dragging its feet on the issue. Wildlife campaigner Dominic Dyer says that lobbying by trophy hunting proponents is likely responsible for the ban’s delay.