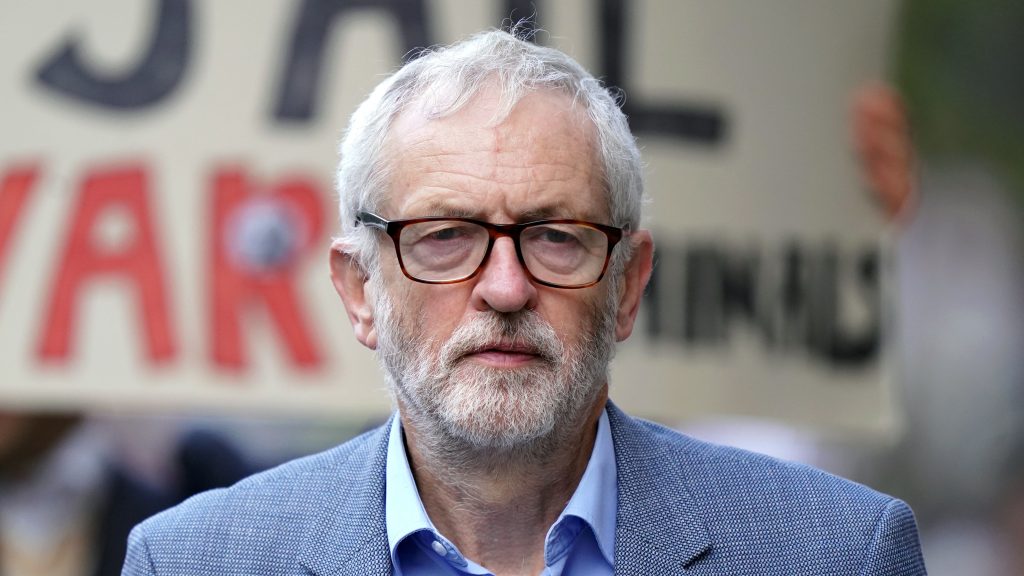 A Conservative councillor has agreed to pay “substantial” damages and legal costs to Jeremy Corbyn for a tweet containing a fake photograph of the former Labour leader at the scene of the Liverpool terrorist attack.

Paul Nickerson, a councillor on East Riding of Yorkshire Council, has apologised and taken “full responsibility” for the doctored tweet, which showed Corbyn laying a poppy wreath at the burning taxi outside Liverpool Women’s Hospital, and was captioned with the word “unsurprisingly”. Nickerson said the post gave the “completely untrue impression” that the Islington North MP supports terrorist violence and said the tweet was “wrong”.

Corbyn said the tweet “did a disservice to all those affected by the attack and their loved ones” and said he would use the settlement to support charities close to his heart. Nickerson, who has been suspended by his council’s Conservative group, tweeted his apology on 23 November.

On 15 November 2021 a false defamatory statement, for which I accept full responsibility, was published on my Twitter account about Jeremy Corbyn MP. My apology is attached. I have agreed to pay substantial damages and legal costs to Mr Corbyn. Please retweet. pic.twitter.com/K61Vtx4cEo

Nickerson said in his apology:

The tweet targeted Jeremy Corbyn and included a fake photograph of him laying a poppy wreath at the site of a burning taxi outside the Liverpool Women’s Hospital, where a terror attack had taken place on Remembrance Sunday, killing a suicide bomber and injuring others.

The false photograph, captioned by the word ‘unsurprisingly’, gave the completely untrue impression that Jeremy Corbyn supports terrorist violence, including suicide bombings, which, without any hesitation, I wholly accept he does not.

Without reservation, I fully withdraw any suggestion or inference that Jeremy Corbyn is a supporter of terrorist violence. The tweet was wrong and I retract it.

I unreservedly and sincerely apologise to Mr Corbyn for the hurt and distress that has been caused to him by the tweet.

I entirely accept that the posting of the message the day after Remembrance Sunday aggravated the hurtful nature of the defamatory tweet.

Good on Corbyn for giving all the damages to charity.

Corbyn instructed his solicitor to bring legal proceedings for libel following the publication of the original tweet. On 23 November, he said:

The bomb attack on Liverpool Women’s Hospital on Remembrance Sunday was a horrific crime, which could have killed or maimed countless victims, including new mothers and their babies. Councillor Paul Nickerson’s Photoshopped Twitter post about me failed to understand the seriousness of the threat and did a disservice to all those affected by the attack and their loved ones.

So I welcome his decision to apologise for his defamatory post, to agree not to repeat the tweet, which he has deleted, and to pay substantial damages and legal costs.

This substantial settlement will be used to support charities that are close to my heart, including one in Liverpool and one in my constituency.

In a statement last week, Jonathan Owen, leader of the Conservative group on East Riding Council, said “inappropriate remarks” would not be tolerated. Owen said:

Following an inappropriate and offensive message, which appeared on councillor Paul Nickerson’s Twitter feed, I have suspended him from the East Riding of Yorkshire Council Conservative group with immediate effect and an investigation will now take place.