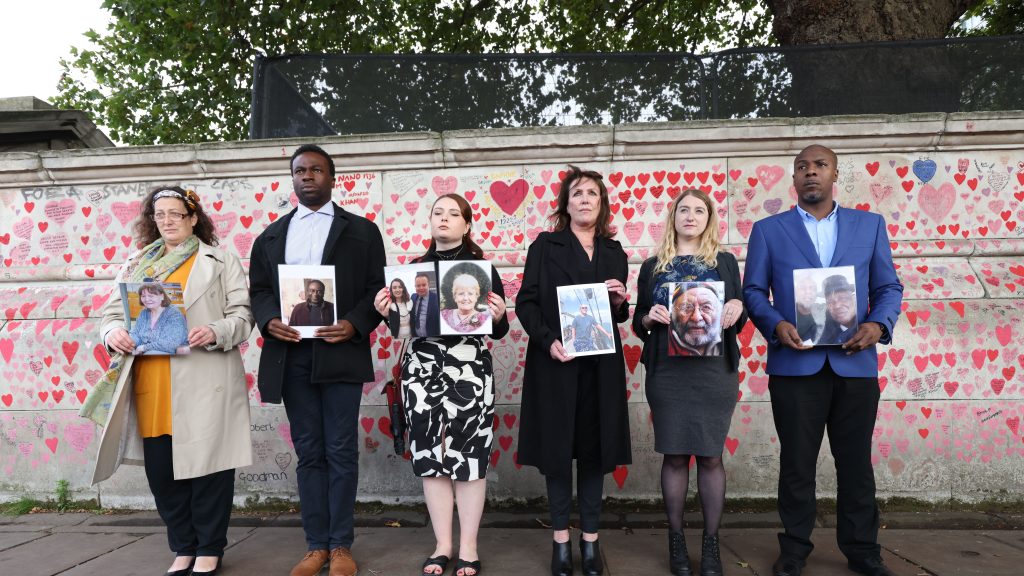 The public inquiry into the coronavirus pandemic should examine the “mishandling” of the NHS 111 service, bereaved families have said.

The Covid-19 Bereaved Families for Justice group said the role of the telephone advice service in the early stages of the crisis was to “alleviate the burden on the NHS”, with “horrific” consequences. Despite an extra 700 call handlers being added, the service was quickly “swamped” as the first wave hit and operators were making life or death decisions with just 10 weeks training, it argued.

Around a fifth of the group’s then 1,800 members (more than 350 people) at the end of the first wave believed that the 111 service had “failed to recognise how seriously ill their relatives were and direct them to appropriate care”. It is one of several critical issues families and more than a dozen expert groups believe the promised inquiry must cover when it starts next year.

The groups have published the report Learn Lessons, Save Lives, saying they had not been consulted by Downing Street on the scope of the probe. Other key areas they want the inquiry to examine include:

“Could it all have been so different?”

Lobby Akinnola, a member of the bereaved families group, said his father Olufemi Akinnola called NHS 111 four times over two-and-a-half weeks in April 2020 but was told that he should not go to hospital. He believes the assessments were informed by his father saying he did not have blue lips – a symptom of hypoxia that as a black man he did not have.

The 60-year-old was thought to be recovering from coronavirus, but he was experiencing hypoxia (low blood oxygen) that proved to be fatal.

It’s hard not to believe that if my dad had gone to hospital, he might still be with us today.

A healthy, active man, I can’t help but wonder if he’d received different advice from 111, could it all have been so different?

If he had been white and his lips had turned visibly blue, would he have received the same advice? Would I still have my dad?

Lobby said he does not blame operators, adding:

111 must be a key issue that the inquiry looks at, and the families that lost loved ones as a consequence of the failings resulting from the government’s mishandling of the service must be at the forefront of that.

Every death from this virus is a tragedy and our sympathies are with everyone who has lost loved ones.

We will ensure the inquiry gets to the bottom of many of the questions thousands of bereaved families have about the pandemic.

We have committed to holding a full public inquiry as soon as is reasonably possible, and will appoint the chair of the inquiry by Christmas and consult bereaved families and other groups on the terms of reference before they are finalised.

It is critical we understand what happened in detail but, at the moment, it is right that public servants continue to focus their efforts on tackling the pandemic before moving on to the inquiry in spring.

A separate inquiry, by the Healthcare Safety Investigation Branch, was launched earlier this year following concerns that the advice given did not fully respond to severity of reported symptoms and delays in answering or returning calls.

In September, when meeting members of the bereaved families group for the first time, Boris Johnson said an inquiry chair would be appointed by Christmas and families would be consulted on the probe’s terms of reference. Last week the group complained that the PM was “ghosting” them and said they want to avoid a situation where they are consulted close to Christmas, which will be distressing for those facing the festivities without loved ones.

Downing Street has said the inquiry is due to start in spring 2022.