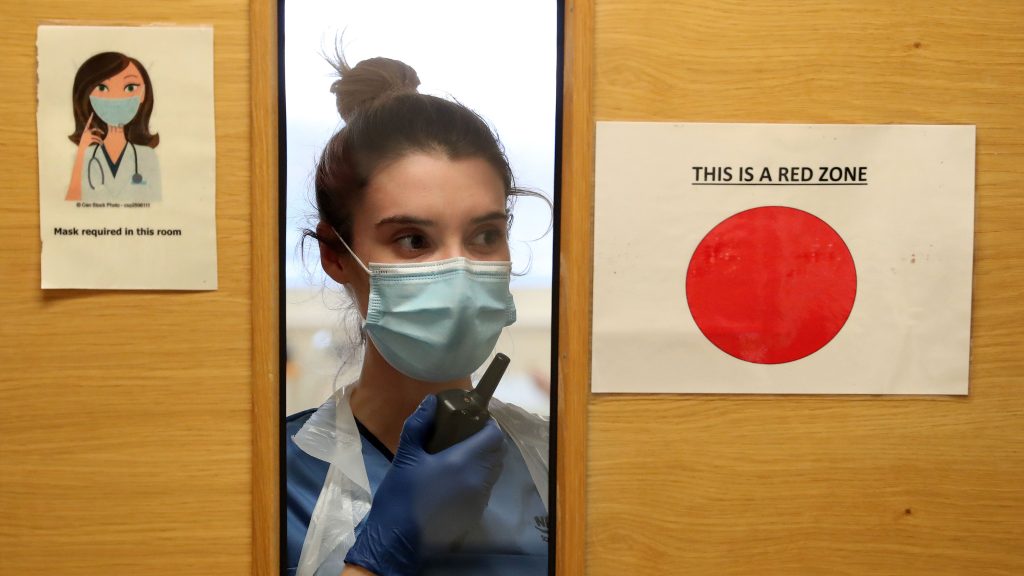 The Government “failed in its duty of care” to doctors during the coronavirus crisis, a union has said.

The British Medical Association (BMA) launched a scathing attack on the ministerial response to the Covid-19 pandemic.

The union, which has conducted its own review of the Government’s handling of the crisis, highlighted the lack of personal protective equipment (PPE) in the early stages of the pandemic.

It also pointed to the mental and physical exhaustion felt by most doctors as they cared for hundreds of thousands of patients with Covid – all while working in a “dystopian reality”, the union said.

Four in five (81%) doctors said they did not feel adequately protected during the first wave of the virus, according to figures released in the BMA report.

One doctor quoted in the report said:

We made our own, and bought our own when we could find any, we depended on friends sourcing FFP3 masks, my son’s school was 3D printing visors.

A GP in Northern Ireland added:

We were sent six pairs of gloves and six aprons in an envelope approximately three weeks after the start of lockdown.

The report states that action was not taken quickly enough to address the shortages and some doctors felt more exposed than others, including female medics and those from ethnic minority backgrounds.

Meanwhile, healthcare workers had higher rates of infection than the general public, leaving many to deal with the ongoing effects of long Covid.

One junior doctor told the union:

I caught Covid-19 in March 2020 from a colleague at work. I have been mostly bedbound since. My life as I knew it had ended. These are supposed to be the best years of my life but I’m spending them alone, in bed, feeling like I’m dying almost all the time.

And the mental health and emotional wellbeing of medical professionals working on the front line “suffered considerably”, the report adds.

One consultant told the union:

I’m used to seeing people die, I’m a palliative care doctor, but how do I talk about caring for people with Covid-19 who were watching patients in beds opposite them literally dying before their eyes from exactly the same thing as they had?

Psychologically it was one of the worst periods of my life. I received private therapy throughout the pandemic and that helped tremendously but I have felt suicidal at times.

Doctors were desperately let down by the UK Government’s failure to adequately prepare for the pandemic, and their subsequent flawed decision-making, with tragic consequences.

Many doctors were left unprotected due to critical shortages of PPE as coronavirus hit our shores, resulting in healthcare professionals becoming infected at a higher rate than the rest of the population.

Hundreds of healthcare workers lost their lives after contracting Covid-19, 95% of doctors who died in April 2020 were from an ethnic minority, a figure which demands that the UK Government addresses the deep race inequalities afflicting our NHS workforce.

With no respite, doctors worked on the front line exposed to the virus – while the majority of the public stayed at home during the lockdowns.

They saw levels of illness and death they were never trained for. With the dystopian reality of no hospital visitors, doctors had to hold phones in front of dying patients so they could say goodbye to loved ones.

The evidence presented in our reports also demonstrates, unequivocally, that the UK Government failed in its duty of care to the medical profession.