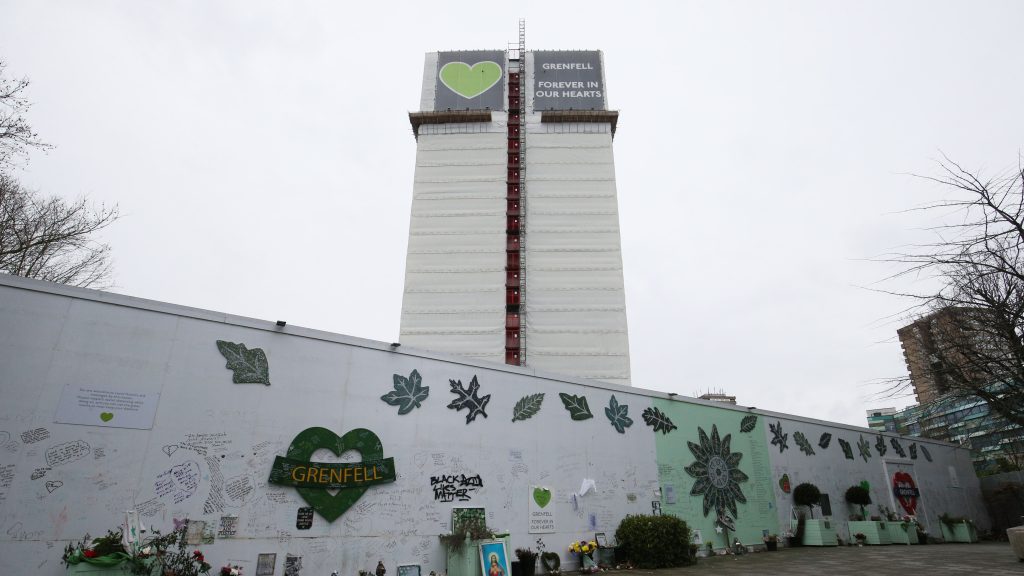 Bereaved relatives of the Grenfell Tower blaze have said they are “enraged” by Government plans to keep the controversial “stay put” policy instead of adopting an inquiry recommendation.

Grenfell United has criticised new Home Office papers which outline its reasons for retaining the policy – meaning that residents of most buildings should wait for rescue services rather than leaving in the event of a fire.

This goes against a recommendation from Phase 1 of the Grenfell Tower Inquiry – published in October 2019 – which advises the Government to place a legal obligation on building owners to outline Personal Emergency Evacuation Plans (PEEPs) for residents in the event of a fire.

Grenfell United, which represents people affected by the 2017 tragedy, described the response as “a disgrace” for putting disabled people at risk.

We are enraged at the Government, whose sole focus continues to be profit and not public safety.

We’ve fought for years to create a legacy for our 72 loved ones, and to prevent another Grenfell.

But five years on, the Government has reverted back to the same policy in place before Grenfell.

This policy resulted in 41% of those living with disabilities dying at Grenfell.

It left them with no personal evacuation plan and no means of escape.

They didn’t stand a chance. This report is a disgrace.

Disabled people have the right to leave their homes safely.

The Government must implement the recommendation from the Phase 1 report of the Grenfell Inquiry and ensure personal evacuation plans for disabled residents.

In a consultation document published on Wednesday, the Home Office said it believed the cost of adopting the PEEPs policy would not be “proportionate” and that it would not be “practical” or “safe” to implement.

The department said the “stay put” policy is in place for buildings which are “designed to give appropriate protection” from fire so it is “generally safer” for residents to wait for emergency services to rescue them.

It said this knowledge, combined with safety reforms in the Building Safety Bill means “it would not be proportionate to mandate” the inquiry’s recommendation.

London Fire Brigade (LFB) Commissioner Andy Roe described PEEPs as a “key recommendation” from the inquiry and urged the Government to prioritise it.

It’s vitally important that people feel safe in their own homes and have certainty about how to leave their building in the event of a fire or other emergency.

Personal Emergency Evacuation Plans (PEEPs) were a key recommendation from the Grenfell Tower Inquiry and we want to work with Government, communities and other partners to make progress on evacuation plans.

Roe added it is “extremely concerning” that more than 1,000 residential buildings in the capital still have serious fire safety failings – and warned rogue property owners LFB will crack down on them using powers granted in the Fire Safety Act 2021, which came into force this week.

He welcomed other parts of the consultation which adopt several of the inquiry’s other recommendations, including transferring fire governance to an elected individual who will oversee chief fire officers.

The Home Office also said it will “improve the professionalism of the fire and rescue service through modern workforce practices” and “potentially” establish a College of Fire and Rescue.

THREAD
1/5
For five years we’ve had to endure Government’s games. We’ve been forced to hold them to account to create a legacy of meaningful change for our loved ones. To prevent another Grenfell.

This decision of Government not to implement evidence based, life saving recommendations is beneath contempt. It is a betrayal of the bereaved and survivors who looked to this Inquiry to deliver meaningful change and prevent future deaths. #Grenfell https://t.co/AOj0sLm1OF