Oil, grain and famine: how Somalia's destiny is tied to the Ukraine war - Canary 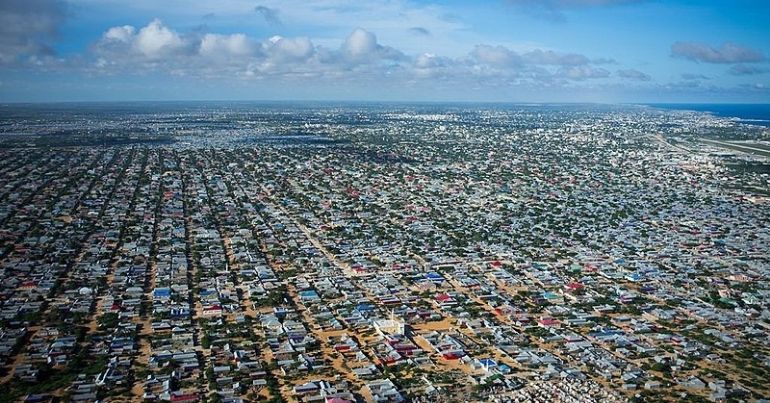 The US Senate approved £40bn in aid to Ukraine on Thursday 19th May. The Financial Times say this will be “military, economic and humanitarian assistance for Ukraine.” It is not clear how much of this money will end up in the hands of arms firms. Meanwhile in Somalia, where famine linked to the Ukraine war threatens, a new US troop deployment has been announced. Poorer countries in the Global South are once again suffering from an inequitable global system.

The Squad, the group of left-leaning Congresswomen, including Alexandra Ocasio-Cortez, all voted in favour of the $40bn package. As did former presidential candidate Bernie Sanders, all while US citizens undergo their own daily struggles:

Bernie & The Squad voting for another $40 Billion to Ukraine is shameful. We should not be spending $100 million dollars a day on a proxy war when Americans continue being evicted, killed by lack of healthcare, and made to work 2-3 jobs.

Business Insider even provided a list of which American politicians stand to profit directly from the new package, given their interests in arms firms.

Somalia is currently threatened with famine. As The Canary reported recently the risk is heightened by the war in Ukraine. A lot of the grain bought up by NGOs and used for aid comes from Ukraine and the war has hit agriculture.

As $40bn has been allocated for arms to Ukraine, the US has opted for a militarised approach in Somalia too. 500 troops will be sent to train and advise local forces. Donald Trump cancelled a similar mission in 2020. Joe Biden has now approved a renewal, reportedly to help pin back Al-Shabaab, a group affiliated to Al Qaeda among others.

With a new US favourite, Hassan Sheikh Mohamud, just elected as president in Somalia, the International Monetary Fund (IMF) has extended an aid package to the country. As ever with the IMF, this is on condition of reforms, not least in the private sector.

How (or if) the military deployment bears on recent oil exploration in Somalia is not yet clear. But the previous president declared a deal with a US oil firm null and void hours after it was agreed earlier in 2022. The Prime Minister agreed that because the deal was struck during an election period, it was illegal.

The firm itself, Coastline Exploration, was investigated for corruption. Although based in Texas, Coastline was chaired by a Tory peer and former party leader Michael Howard. Prior to the deal’s collapse, Coastline was known as Soma Oil and sought to exploit Somalia’s energy resources, which many consider one of the industry’s last great frontiers.

It remains to be seen if soaring oil prices accelerate new exploration deals for Somali oil. As it stands oil giants, like arms giants, have seen their profits spike massively as a result of the war in Ukraine.

Somalis live in the shadow of oil firms, arms corporations, and the West’s conflicts. Their new president has promised an era of peace. But this is a country where 70% live on less than two dollars a day. Hunger and insurgent violence are a daily reality. And lives can hinge on decisions made by great powers and indifferent corporations. The US deployment mission will come under the command of Africom, an organisation which pursues US interests on the continent. The motivations of the US remain to be seen, but it’s clear that the potential for destabilisation due to foreign interference is a real possibility for Somalia.