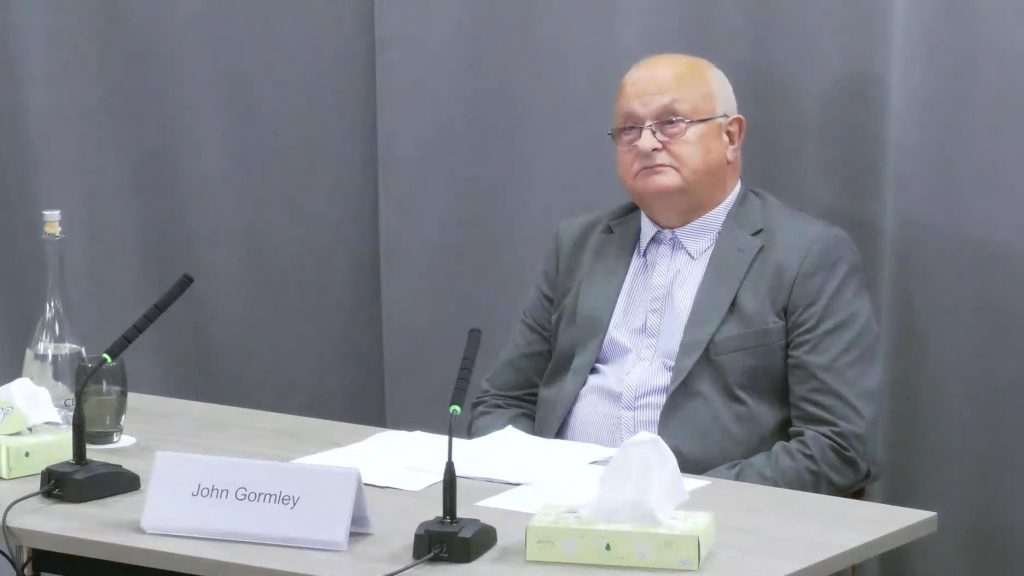 The Post Office must not be allowed to get away with ruining the lives of hundreds of wrongly accused postmasters across the UK, an inquiry has heard.

Former sub-postmaster John Gormley, from Co Londonderry, said there are serious questions to be asked after a faulty IT system saw workers having to use their own money to balance the accounts every week.

Fiona Elliott, a former sub-postmistress in Co Tyrone, said she wants those responsible to be accountable and for prompt compensation.

She told the Post Office Horizon IT inquiry sitting in Belfast:

We’ve been waiting about now for 10 to 15 years, they were quick enough to take all our money, and now they won’t pay us back for what we’ve lost.

Gormley was sub-postmaster of a Post Office in the Shantallow area of Londonderry from 2002 to 2008.

He described being told to “make good” on discrepancies thrown up by the Post Office IT system Horizon every week of around £60-80:

He described a “strained” relationship with staff in the Post Office due to the shortages.

He said it only started to register with him when he saw media coverage in recent years of issues with Horizon.

I blamed my staff and went into a situation where the business in the store started to go down big time because the blame game was being put on the staff in relation to shortages, but I always made good every week.

We were in a very volatile place and I had to use measured words in a big way. I had to protect staff but at the same time the business was going down, the supplier was owed a fortune, we weren’t able to meet our direct debits.

In 2008 Mr Gormley resigned as postmaster, describing being in “deep, deep issues”. He estimates he paid £20,000 attempting to balance the Horizon system:

I was well down by that stage, I didn’t want to express my depression… my wife was feeling the pressure, it was affecting our marriage, we didn’t know at one stage whether we were going to have a loaf of bread for the end of the week next week.

Gormley said he did not apply for compensation when a fund opened because he wanted to get the situation off his mind and did not want his family or friends to know about his problems, but he is now pursuing it.

He told the inquiry:

I find it hard to believe that this could happen, that an organisation like Royal Mail can get away with what they have got away with.

I can’t understand how it got so far, or where was the Government at this stage, were they not aware of it? Who was overseeing this?

There are serious questions to be asked.

Elliott bought into a Post Office in 2005 because her and her husband felt it would be a good investment to provide for their retirement.

She told the inquiry they initially blamed the internet connection for the issues with Horizon, and asked for support repeatedly to probe the shortfalls.

Elliott said she was making good on underpayments of £60-80 a week, sometimes going up to £200-300 a week, before she was told following an audit that there was now a £6,000 shortfall.

She told the inquiry:

She was told to pay the £6,000 or face criminal proceedings, and had to borrow cash from her brother’s business because the Post Office officials said they would not wait for her bank to open following the lunch hour.

Elliott has applied for compensation from the historic shortfall scheme, working out a figure with her accountant of £1 million to take into account lost wages, lost retail sales and having two houses repossessed.

We lost the shop business, we lost the two properties, financially it was terrible. Now my husband and I are both back working full time whereas we should be getting ready for retirement.

The Post Office Horizon IT inquiry, which has been sitting across the UK, sat in Belfast on Wednesday and Thursday.

Inquiry chairman Sir Wyn Williams emphasised it is important for people to come forward and speak about how the experience impacted on their lives.