While everyone focuses on Westminster, the Welsh Assembly is in meltdown - The Canary 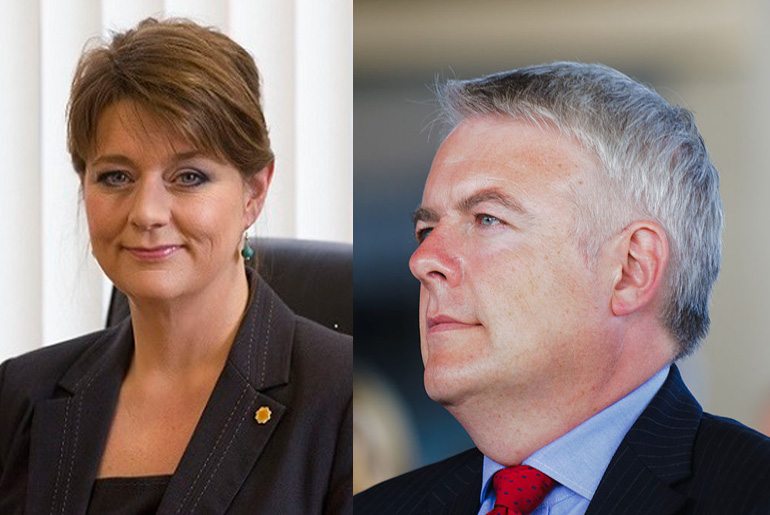 Reappointing Welsh Labour Leader Carwyn Jones as Wales’ First Minister was meant to be a formality. But when Plaid Cymru put up Leanne Wood as an alternative leader on Wednesday, Ukip and the Conservatives unexpectedly voted for her. With the vote tied, the Welsh Assembly finds itself in limbo – and dramatic accusations are flying. So what’s really going on?

On Wednesday, the Welsh Assembly convened to vote on who would become Wales’ First Minister. Although Welsh Labour lost its overall majority in the Welsh Assembly when it lost one seat on May 5, it was widely assumed that Labour would form a minority government, with 29 of the 60 seats in the Senedd.

But Plaid Cymru, which won 12 seats in the elections, pushing the Conservatives into third place with 11, put Leanne Wood up as an alternative First Minister. And the Conservatives and Ukip’s seven new Assembly Members all voted for her. With Wood winning 29 votes, it was down to the sole Lib Dem Assembly Member, Kirsty Williams, to give Carwyn Jones her vote and save Labour from defeat (the two Presiding Officers – one Plaid and one Labour – did not vote).

The result has led to dramatic fallout on social media, with accusations and counter-accusations of hypocrisy, arrogance and backroom deal-making flying between Plaid and Welsh Labour politicians and their supporters.

At the heart of the intrigue is the question of whether Plaid Cymru did a deal with Ukip over the vote. During the election campaign, Plaid promised that voting for Plaid would stop Ukip – and Leanne Wood won many fans by putting Nigel Farage in his place in a general election leaders debate in 2015.

Neil Hamilton, the disgraced former Conservative MP who has just won a seat in Wales as a Ukip candidate, claims he was approached by Plaid and asked to back Leanne Wood in the vote:

.@NeilUKIP says that UKIP was approached by Plaid on Monday to back Leanne Wood in the FM vote

according to @NeilUKIP Plaid approached UKIP with idea of voting for @LeanneWood .He said that is exactly the kind of thing UKIP love to do!

The Welsh Conservatives have also hinted there were discussions ahead of the vote, with Leader Andrew RT Davies saying:

I sense an appetite for a new kind of Welsh collaborative government, and would welcome further discussions to build on those which led to today’s debate.

Plaid, on the other hand, categorically deny any deal was done, saying:

The Plaid Cymru group followed normal Parliamentary protocol and nominated Leanne Wood for First Minister. Carwyn Jones was informed of this decision yesterday. Since that time, and as far as Plaid Cymru is aware, there have been no formal discussions, agreements or deals pursued between any party.

In fact, the party says it was surprised that Ukip and the Conservatives voted for Leanne Wood:

Plaid say they did not want to give Labour a bloody nose and surprised other parties supported them.

The first thing we want to achieve is that Labour is checked and reminded that it doesn’t have a majority and has to work with other parties. The second thing we want is proper discussions. … It’s about Labour recognising that they will need the support of other parties almost on a daily basis. They can’t simply expect to put together the sort of programme and arrogant and lazy government that we’ve had for the last five years.

But Welsh Labour accused Plaid of hypocrisy and betrayal:

So much for progressive politics. Plaid spent 8 weeks telling voters they WOULDN'T do a deal with UKIP or the Tories pic.twitter.com/yWMcTCr6eW

Any claim @LeanneWood had to be a socialist or Plaid to be a progressive party has just been destroyed by her alliance with Tories and UKIP.

If I were @LeanneWood I'd only be interested in forming a progressive government. If i'd to rely on Tories/UKIP to win, I'd say no thanks

Still following? Good, because this is where it starts to get complicated.

Welsh Ukip appears to be a divided party after Neil Hamilton ousted Welsh Ukip’s existing leader Nathan Gill on Tuesday (it’s been a busy week in Wales). And on Thursday, BBC Wales reported that two Assembly Members for Ukip – including Nathan Gill – could split from the rest of their party and vote for Carwyn Jones over Leanne Wood:

This generated suggestions that Welsh Labour had done a deal with Ukip, forcing Labour to announce that:

There are no formal talks with any parties currently and certainly not Ukip.

At the time of writing, Carwyn Jones remains First Minister while the Senedd remains in an unprecedented stalemate – and it will stay that way until an agreement is reached or a new election called.

It is unclear how this sorry state of affairs came to happen. What we do know is that relations between Welsh Labour and Plaid Cymru – who have worked together in a coalition government in the past – seem to have soured after a Welsh Labour Assembly Member called Plaid a “cheap date” a couple of months ago. Sources in Labour say they recently offered Plaid involvement in setting the Welsh budget and designing policy – but Plaid says that never happened:

.@Plaid_Cymru categorically denying there was an offer from @welshlabour of discussions on policy and budget. Strange times

Plaid, on the other hand, says Leanne Wood asked for a week-long delay in the vote for First Minister to allow further negotiations to take place, but she was turned down. In fact, it seems that any kind of formal talks between Wales’ two biggest parties have yet to happen.

And we also know that, while Welsh Labour has received a seriously bloody nose and Plaid Cymru has had its reputation damaged by association with Ukip, there are two parties that have come out of the whole affair laughing (most probably literally): Ukip and the Conservatives.

In fact, Richard Wyn Jones, Professor of Welsh Politics at Cardiff, suggests that the whole fiasco could be a bit of Ukip/Conservative mischief-making:

Plaid attempt to form minority govt with 12 AMs not serious. Combined with Tory/ukip devilment has left plaid having to manage climbdown 1/2

Being asked about 'devilment' comment. Tories and UKIP voted for an FM who wants Wales to be an independent country within EU! = Devilment!

So it may yet turn out that the only deal that has been done is between Welsh Ukip and its new leader’s former colleagues in the Conservative party. And, if that is the case, it’s probably time that Wales’ two biggest parties – Plaid and Labour – stopped bashing each other on social media and started talking.